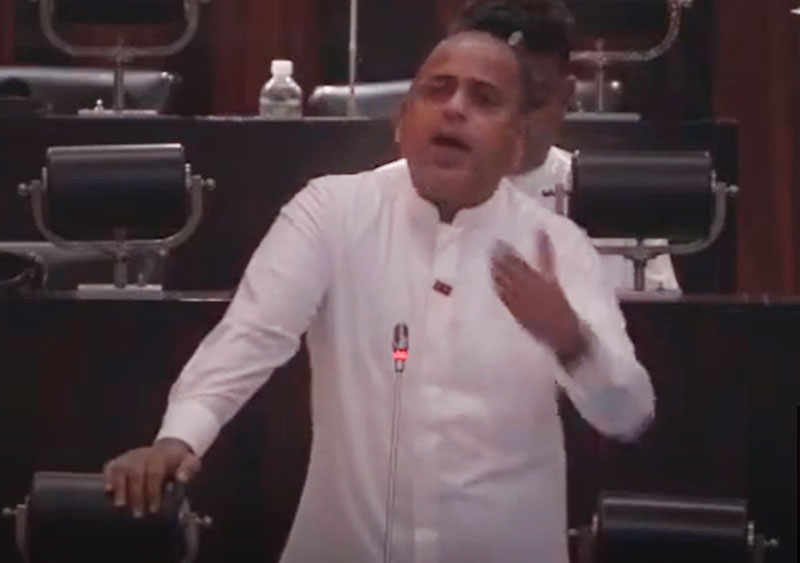 The Samagi Jana Balawegaya (SJB) has warned the government’s new tax policy would be defeated in parliament if amendments were not introduced to bring taxes to bearable levels.

SJB MP S.M. Marikkar told parliament yesterday (09) that the people would be left “flattened to the floor” due to the outrageous increases in taxes.

Exporters will deposit their income overseas if a 30 per cent tax is imposed on exports, thereby affecting the inflow of dollars and giving no solution to the economic crisis, he pointed out.

Companies cannot run their businesses if the AWPCL is raised to 31 per cent as some of them earn a profit of only three per cent.

The result will be a cut in employment, and that will endanger the jobs of hundreds of thousands of executives, he warned.

From the average farmer to the top level executive and from the three wheeler driver to the big businessman, all find it difficult to manage with what they earn today.

“Do we need economists to “plant” exactly what the IMF proposes in order to raise state revenue? It shows the president is without a team. The team he has is without brains. Because they were the very people who ruined the economy. Taxes are just one way of increasing earnings. There are many other ways such as starting new ventures,” he said.

Marikkar said since the incumbent president took office, no steps have been taken to promote the highest income earning avenues such as education, IT, medical and wildlife tourism.

While taxes are raised to burden the people, swindling of their money continues, he charged and vowed to fight on against it.