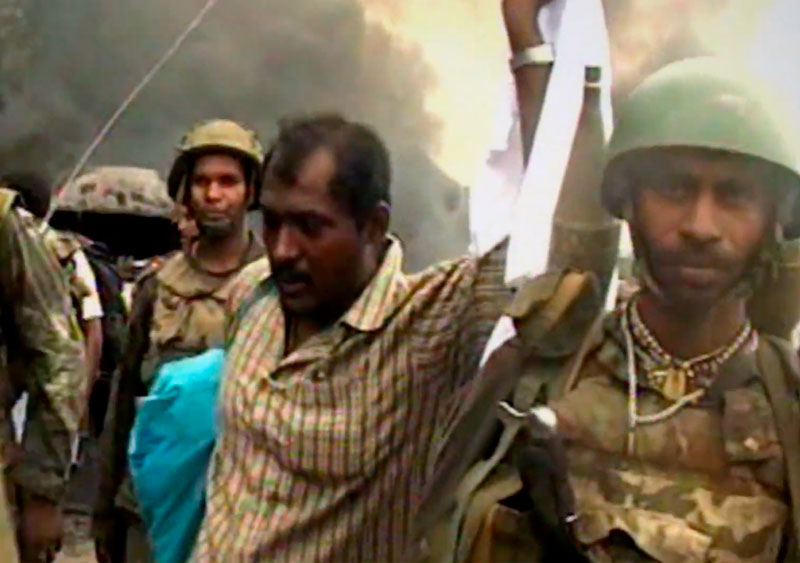 There are no registered details of anyone who had surrendered during the final stages of the war, said the Army.

This came to light when the Right to Information Commission on November 03 considered an appeal against the non-receipt of information sought from the Army three years ago.

It was filed by Tamil Mirror newspaper journalist B. Nirosh Kumar.

According to statistics given by relatives of missing persons, tens of thousands had surrendered to the military after fleeing the warzone.

In 2019, the Army refused to give relevant information to the journalist, saying it was unaware if there were LTTE members among those who had surrendered.

Testifying before the commission, the Army said it did not register the surrendees, and only took them in buses to camps run by the commissioner general of rehabilitation.

This is contradictory to what has been transpiring.

Government minister S.B. Dissanayake publicly admitted in 2018 that LTTE commander Thambiraja Thurairajasingham alias Ramesh was killed after he had surrendered.

Channel 4 television has carried visuals of how Ramesh was questioned and subsequently killed by soldiers.

Also, Journalists for Democracy has given it videos that show the gunning down of several surrendees by persons in military uniform and the killing of the LTTE leader’s son Balachandran and Isipriya while in Army custody.

LTTE leaders Nadesan and Pulidevan too, had been killed as they surrendered.

All these have been confirmed by the United Nations and the LLRC.

In 2017, the ITJP asked the government to investigate claims of Tamil prisoners being tortured and sexually abused.

Making submissions before the RIT commission, the journalist’s lawyer said there was evidence of LTTE members having surrendered to the Army.

Nothing to hide about what happened in 2009

The commission noted there was nothing to hide about what had transpired in 2009 and ordered the appellant to submit the evidence within 10 days and told the Army to make counter-submissions.

The appeal will be taken up again on January 04.

The Office for Missing Persons says around 20,000 persons had surrendered to the Army by the end of the war.