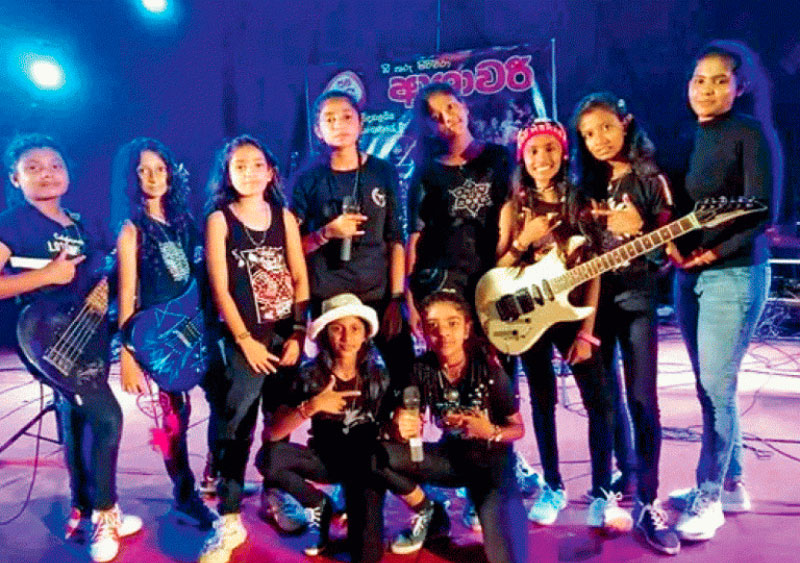 State authorities have reportedly taken action against a child band from Medirigiriya.

The all-girl band named ‘Ashawari’ has come in for praise for their talents that have even earned them opportunities in musical shows.

However, the National Child Protection Authority had received a complaint that the group aged below 16 years cannot perform to earn money.

The NCPA has informed the Labour Department, which in turn got the police to intervene and stop the band’s activities.

Meanwhile, state minister of children’s affairs Geetha Kumaratunga has denounced the action, saying talented children should be given encouragement.

The actress-politician, who took to acting at the age of 16, has called for an investigation report into the matter.

In the meantime, the police media unit has issued a statement, saying the police has not intervened to stop or control artistic talents of children or the band in question. 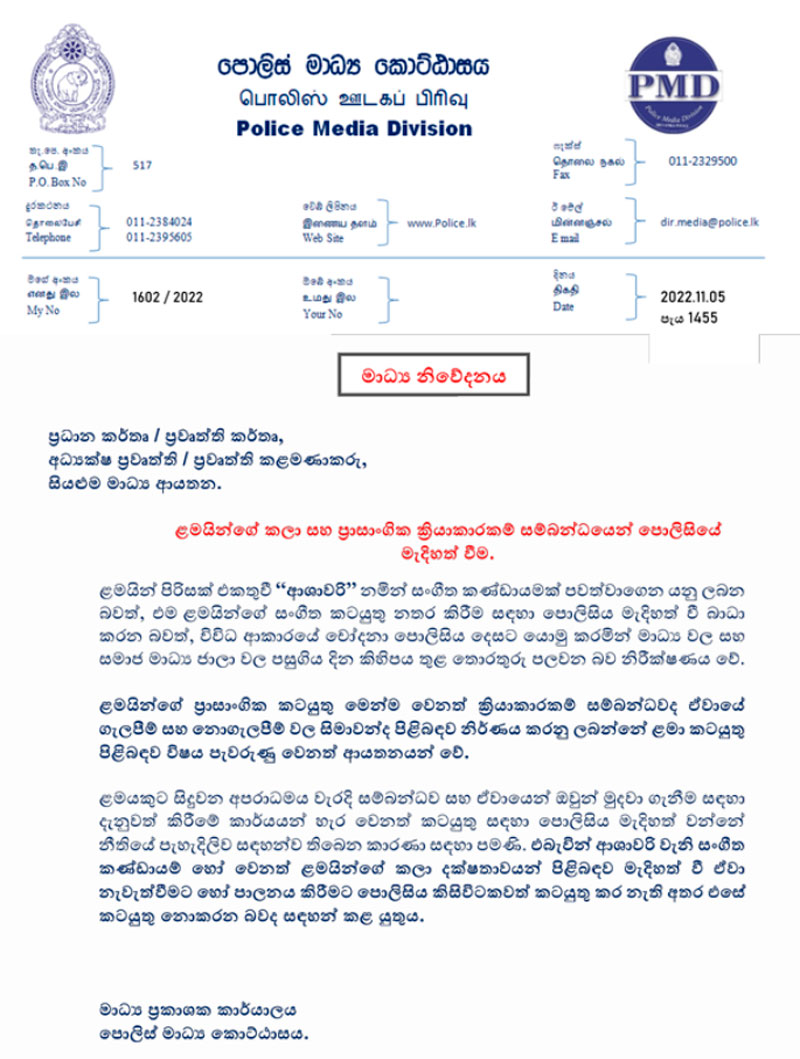