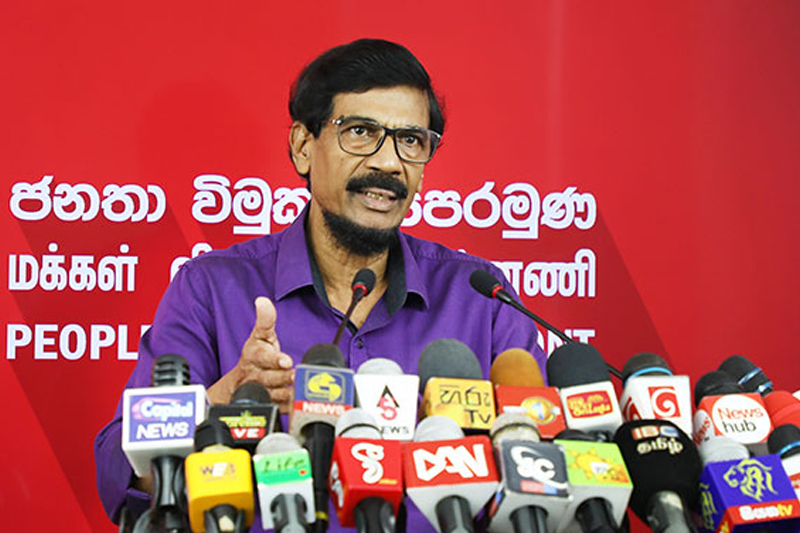 The JJB refused to be a party to the protest rally in Colombo earlier this week as it refused to stand together with a leader without a backbone, said JVP secretary Tilvyn Silva.

Sajith Premadasa is a politician incapable of taking firm decisions or raising his hands in parliament against wrongs, Silva said.

The JVP secretary questioned if democracy could be won by standing together with such a person. 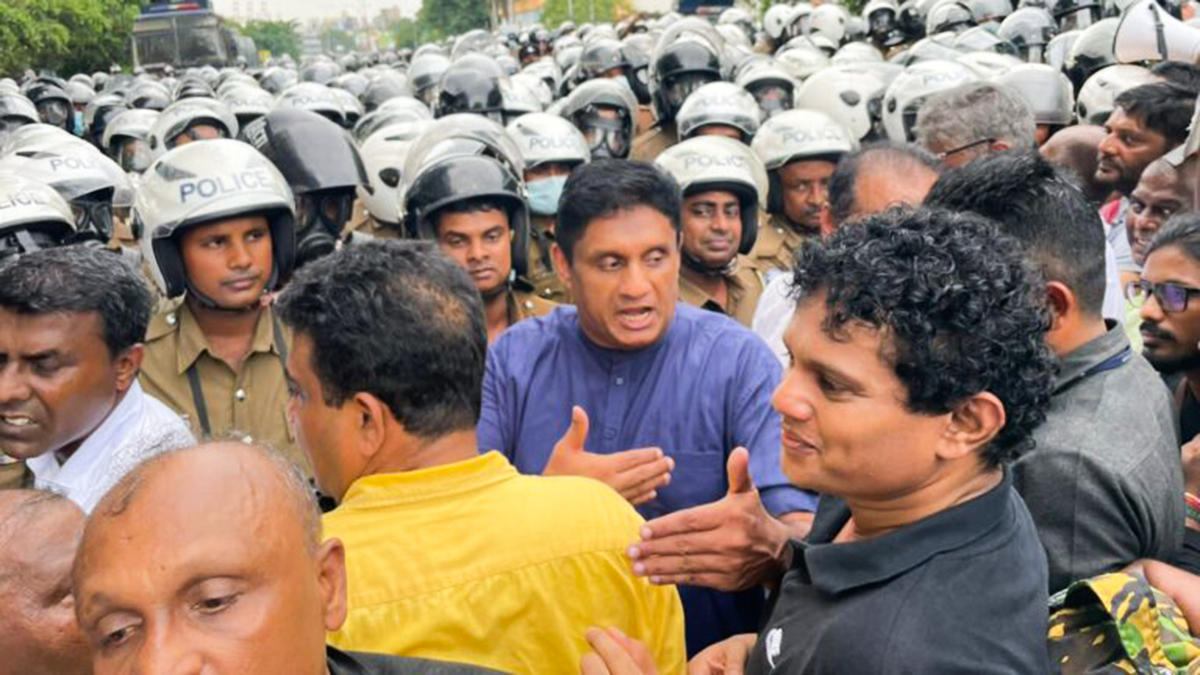 The chief incumbent of Mihintale Rajamaha Vihara accused the opposition leader of having taken up the character of a joker.

Ven. Walawahengunawewe Dhammaratana Thera said, “He refused to accept positions offered by two presidents, but is today taking to the streets to rally the people. What is this joke?”

Premadasa was forced to leave the anti-government protest march and rally in Colombo on November 02, after he was opposed and jeered by protestors as his SJB tried to erect a makeshift platform inside a lorry at Pettah instead of proceeding with the march.

That came after the police blocked the path of the protestors as they made their way from Maradana to Fort.