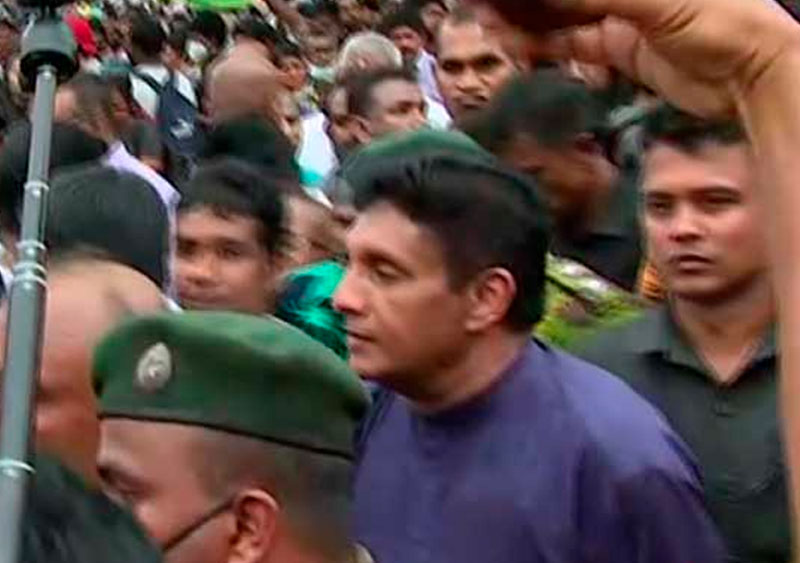 He was opposed and jeered by protestors as his SJB tried to erect a makeshift platform inside a lorry at Pettah instead of proceeding with the march.

That came after the police blocked the path of the protestors as they made their way from Maradana to Fort.

Commenting on the incident, UNP general secretary Palitha Range Bandara said he felt sorry for Premadasa, and condemned the treatment he received at a protest by the public.

The UNP led by president Ranil Wickremesinghe disapproves of such conduct, as it is a party with a decent and firm foundation, he said.

Sneering the country’s fourth citizen is a death blow to democracy, said Range Bandara, and urged Premadasa to make sure that a successor could his position with dignity.