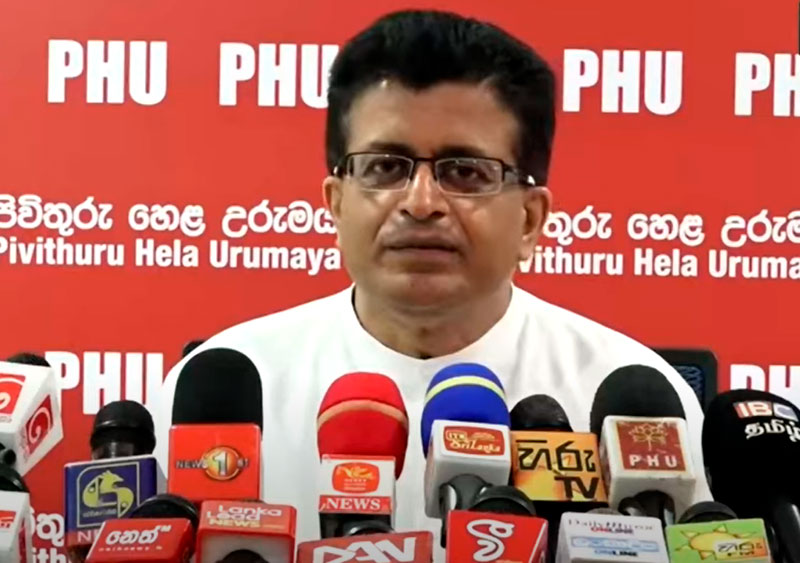 Leader of Pivithuru Hela Urumaya Udaya Gammanpila says the present parliament could have dual citizens as well as foreign citizens as MPs.

Speaking to the media yesterday (31), he said citizens have been empowered by the law with the responsibility of revealing non-Sri Lankans holding parliamentary seats.

In actual fact, anyone obtaining citizenship of another country loses the Sri Lankan citizenship immediately after, he noted.

Many conceal it and continue to use the Sri Lankan passport and national identity card to claim to be citizens of this country, he said.

State minister Diana Gamage is one such person, as she has obtained UK citizenship and is yet to apply for dual citizenship with Sri Lanka.

She is a foreigner, not a dual citizen, which is all the more dangerous, said Gammanpila.

He went on to counter the claims in the case of Rishi Sunak becoming the UK prime minister, noting that the Indian-born had lost his citizenship there immediately after he became a citizen of the UK.

Premier Sunak is a citizen of the UK only, he stressed.