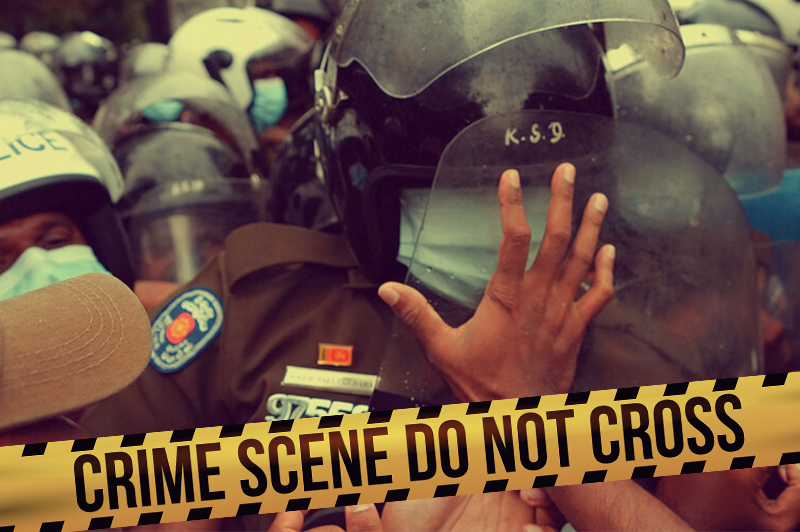 A policeman was beaten up and killed last night (31) by villagers who were protesting over the death of a man in a wild elephant attack in Kebithigollewa.

After being informed about the wild jumbo attack at Rambakepuwewa junction, a police team arrived there around 8.00 pm.

Around 100 people, led by a monk, who had been staging a protest at the location turned violent upon their arrival.

When police fired warning shots into the air, one of the protestors had attacked a sergeant with a club.

He died at Medawachchiya Hospital later.