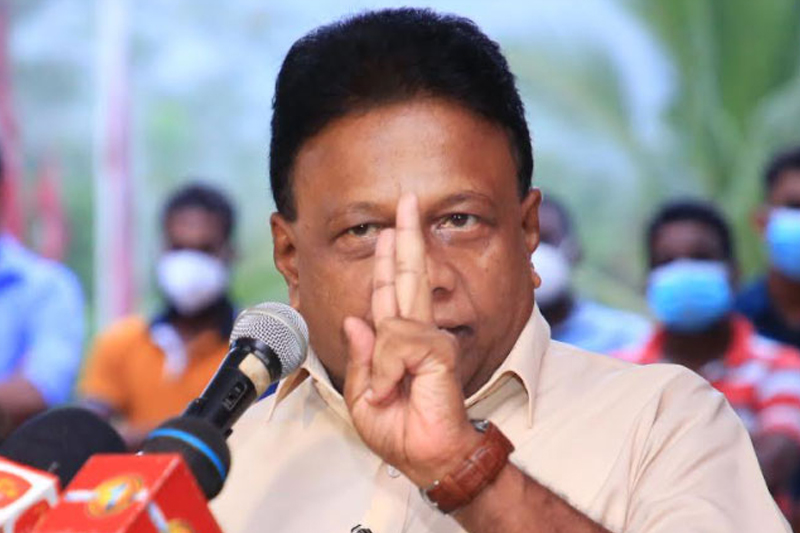 Speaking at a media briefing by Freedom People’s Congress yesterday (30), he said the government is afraid of elections just like Haji was afraid of bathing.

Last week, 23 parties in parliament reached a consensus against a contracting of the election map, Alahapperuma noted, adding that all those parties were ready to act against the government if that was done for fear of facing the public opinion.

“If the government is not sensitive to the people’s opinion, it should be pushed towards being sensitive. We won’t allow the government to flee in an uncivilized manner,” he said.

The MP also alleged a government plan to remove Nimal Punchihewa as chairman of the Election Commission, citing technical issues that have arisen following the 21st amendment to the constitution.

"President Ranil Wickremesinghe has suddenly woken up from his slumber and spoken about halving the number of local government members. That is not a bad thing, but for what purpose, after the process to hold the LG polls having commenced on October 20?," he asked.

He also noted that the president has also instructed the speaker to appoint a parliamentary select committee to inquire into electoral reforms, after two PSCs since 2008 have made a number of recommendations.

"After that, the Election Commission’s chairman said he would go to courts against a postponement, and the government now wants him removed from the position. The intention is clearly to put off holding the election by citing any available reason," he said.