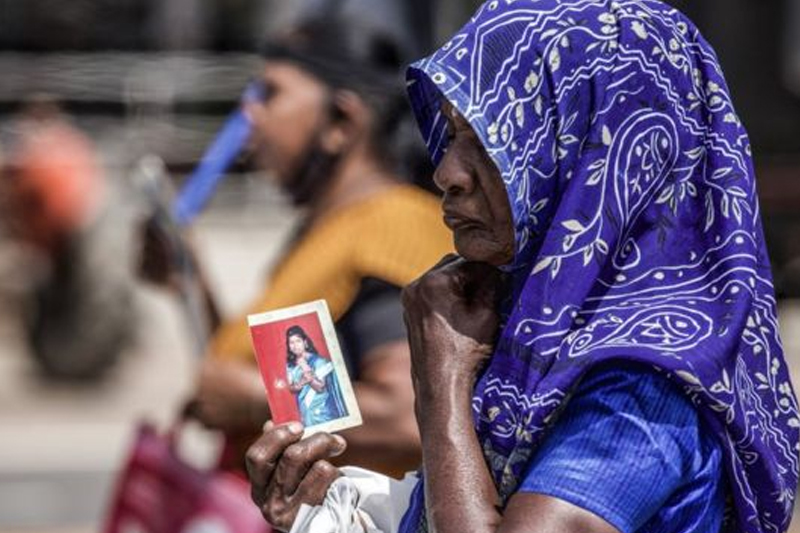 The Office on Missing Persons (OMP) has been accused of being yet another racist state agency.

The association of relatives of victims enforced disappearances in the north and the east levels the accusation in a statement.

Engaged in a 2,075-day struggle for justice for the missing, it says the Departments of Archaeology and Wildlife and the Mahaweli Authority are among the other Sinhalese institutions repressing the Tamils.

The association is responding to claims made by the OMP’s head to the international media outlet, Reuters.

Mahesh Katundala has defended the institution against criticism that it was not doing enough.

He rebutted claims that those who surrendered went missing, saying there was no evidence, and added that the majority of those who disappeared had been abducted by the LTTE or factions opposed to it.

The OMP had uncovered about 50 cases of people reported missing who were living abroad, he said.

Denying claims of a genocide of Tamil civilians during the war’s final offensive in Mullivaikkal, he said the army had instead rescued 60,000 civilians.

However, the statement by the association of relatives of victims enforced disappearances in the north and the east said it did not approve of the OMP at its formation.

With regard to a denial of a genocide of Tamils, it says a UN report in 2011 provides proof that the military was responsible for war crimes and crimes against humanity.

It says the IMF and powerful nations were providing oxygen to the genocide by extending financial assistance to the Sri Lankan government.