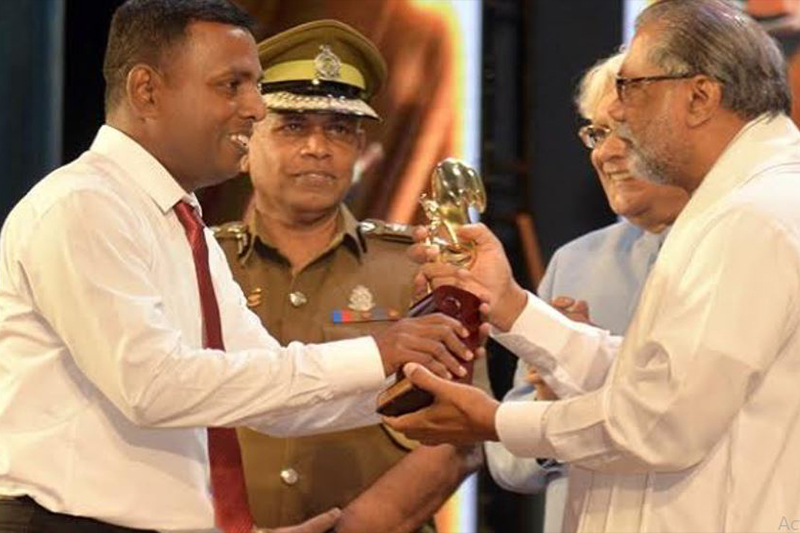 A Tamil writer who remains behind bars for 16 years under the PTA has won an award at the 65th state literary awards.

Sivalingam Aruran received the award for the best independent Tamil novel for ‘Adurasalei’ which he wrote at Magazine Prison.

An engineering graduate from Moratuwa University, he was pursuing his postgraduate studies at Peradeniya University, when he was arrested in 2006 over the bomb blast in the same year at Pittala Junction in Colombo.

No accused has so far been tried and sentenced over the attack that allegedly targeted the then defence secretary Gotabaya Rajapaksa.

Aruran, who won the 2008 award previously, has had all eight books he wrote from prison shortlisted for awards at the state literary festival this year.

He was escorted by prison officials to the awards ceremony at the BMICH to receive his award.

The best novels in Sinhala and English mediums were won respectively by Eric Ilayappaarachchi for his ‘Nakula Muni’ and Dr. Premini Amerasinghe for her ‘Footprints.’