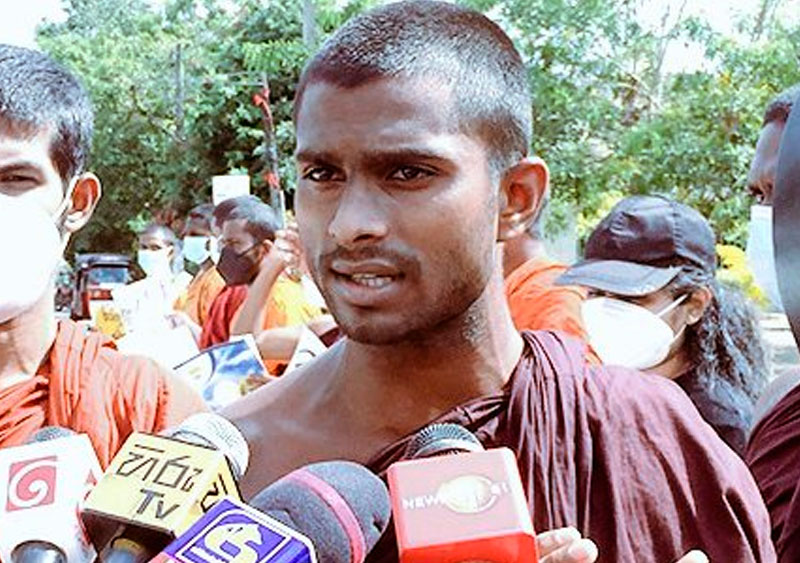 Convener of the Inter University Bhikku Federation (IUBF) Ven. Galwewa Siridhamma Thera has been removed from the Colombo National Hospital (CNH) to an undisclosed location by the Terrorism Investigation Division (TID), alleges his family.

He was arrested, along with Inter University Students Federation (IUSF) convener Wasantha Mudalige and Hashan Jeewantha during a protest in Colombo on August 18.

The three were sent into detention for 90 days under the Prevention of Terrorism Act.

On October 25, Ven. Siridhamma Thera was admitted to the CNH with fever. 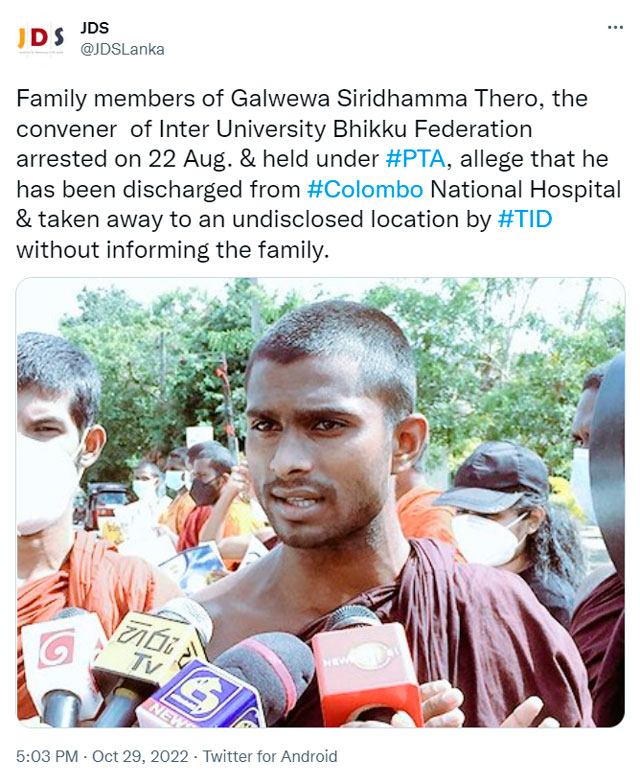