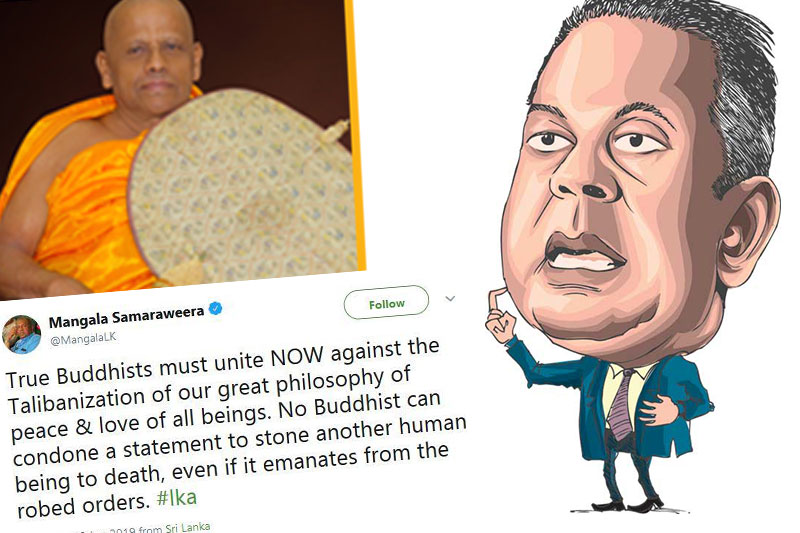 Finance Minister Mangala Samaraweera has called on all Buddhists to rise against the Talibanization of Buddhist philosophy which speaks of peace and love.

According to the Minister, despite calls by a robed individual to stone a human being, it is not a statement that can be approved by any true Buddhist.

The Minister made this statement by posting a tweet on his official Twitter account in response to some racially hateful comments made by the Mahanayaka of the Asgiriya chapter at a sermon recently.

PIC Mangala Asgiriya
The chief prelate of the Asgiriya Chapter said that Muslims were destroying the country's majority Sinhalese community and called on the public to boycott Muslim businesses. Gnanarathana Thera, in a subtle reference to the Muslim doctor who had been accused of sterilising Buddhist mothers, said that many Sinhala Buddhist mothers wanted the doctor to be stoned.

"Such traitors should not be allowed to stay free. Some 'upasaka ammas' said he should be stoned to death. I don’t say that, but that is what should be done," the Thera said.

The comments by the Mahanayaka Thera has also been widely criticized on social media outlets recently. A majority of the posts suggested that if comments which have a negative effect on National Unity is considered a grave crime then he should be arrested under the International Covenant on Civil and Political Rights (ICCPR) Act. 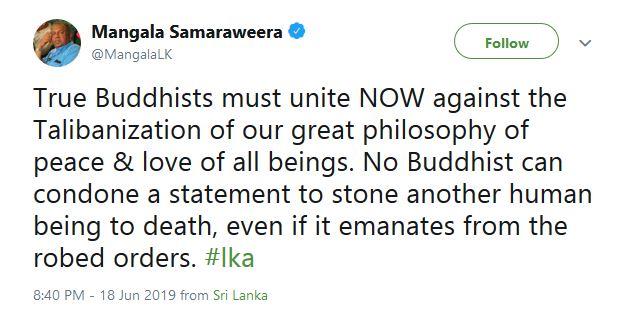