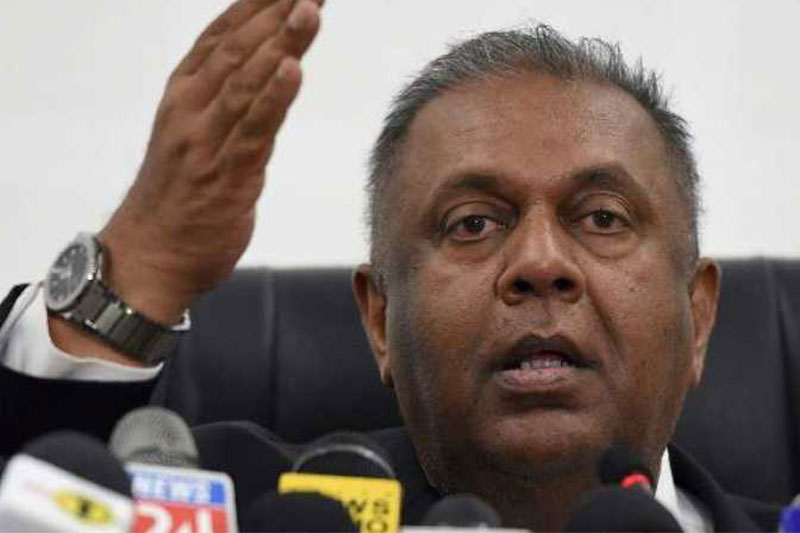 Growth in Sri Lanka’s economy picked up to 3.5% in the first quarter from 1.8% in the previous three-month period, Finance Minister Mangala Samaraweera said yesterday.

Economic growth in the island nation’s 2018 fourth quarter had slowed to a nearly four-year low as a 51-day political crisis took a toll on the industrial sector.

The political crisis created panic and uncertainty among investors, who dumped Sri Lankan government bonds and other assets, sending the rupee currency to record lows.

The industrial sector, accounting for more than a quarter of the economy, had contracted 3.6% in the fourth quarter of 2018.

“Under our government, we took the real growth to the villages ... the economy in the first quarter grew at 3.5% against 1.8% last quarter, which was hit due to the political crisis,” Samaraweera told Parliament.

The sluggish quarterly growth dragged the country’s annual expansion to a 17-year low of 3.2% in 2018, compared with 3.4% in the previous year.

Last month, central bank Governor Indrajit Coomaraswamy said he expected the economy to grow by 3% or less this year, dented by the impact of the Easter Sunday bombings.

The central bank was preparing a downward revision to its earlier projection of 4% growth.

Sri Lanka’s economic growth is expected to slump to a nearly two-decade low this year, a Reuters poll showed, as tourism, foreign investment and overall business activity eased sharply in the wake of the bombings.

Security in Sri Lanka has been ramped up since the April 21 attacks by Islamic militants, who killed over 250 people including 42 foreign nationals in churches and hotels across the country. Tourism, which accounts for 5% of the country’s gross domestic product, has suffered as travellers from around the globe cancelled hotel and flight bookings.

Minister Samaraweera said that the government has taken the real development to the village through the Gamperaliya rapid rural development programme and Rs. 48000 million worth of development projects are being implemented throughtout the island.

"Human development is given priority in a modern market economy. Under our Government, true development is carried out in the villages. The country has become a workplace. The village's small-scale contractors, businessmen and village unions and associations have the opportunity to earn an income while developing their own areas and their own development."
(With input from agencies)