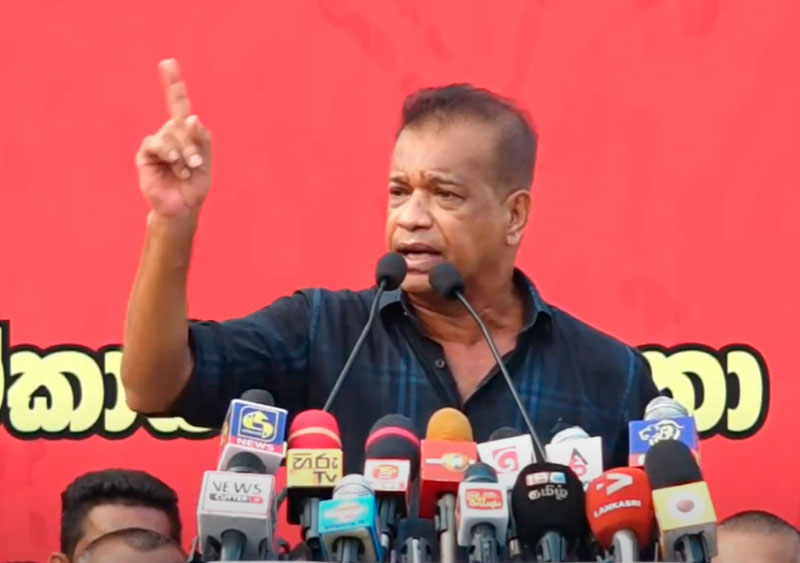 The National Trade Unions Centre will give leadership to a people’s struggle for a dissolution of parliament and an expulsion of the incumbent from the presidency, said its leader K.D. Lalkantha.

Addressing a protest rally in Colombo yesterday (27), the JVP politburo member said, “Swindlers are still there. Let’s expel them. Let’s take back what was swindled. Just like the former president was expelled, people should be rallied for a fight for the dissolution of parliament and the expulsion of the incumbent president,” he said.

Activists marched from Lipton Circus to Hyde Park and staged the agitation to press for seven demands.