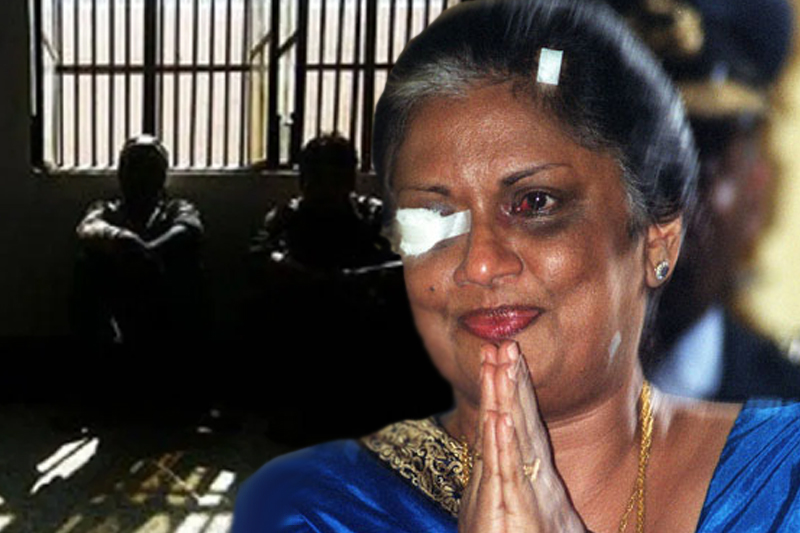 Former president Chandrika Kumaratunga says she had wanted for the past eight years or so to pardon the two men who made an attempt on her way back in 1999.

Being the daughter of a person who forgave his killer at his deathbed allowed her to do so, she has said.

She lost one eye in the bomb attack at Colombo Town Hall grounds on December 18, 1999.

Two men linked to the attack are among the eight LTTE convicts awaiting a presidential pardon.

Kumaratunga, who has been consulted over the matter, has strongly approved of the two - Ragupathi Sharma and Velayudan Vardarajan - being pardoned.

Approving the decision to pardon them, she said, “Clearly yes. They have been in prison for nearly 20 years. Their remaining so will not bring my eye back or the issues of Tamils in this country will not be resolved either. Actually, for the past seven to eight years, I wanted to request the presidents at the time in writing to pardon them and release them,” she said.

When she was contacted by incumbent Ranil Wickremesinghe’s secretary, Kumaratunga said, she agreed to pardon them, as it was good to rehabilitate them and release them.