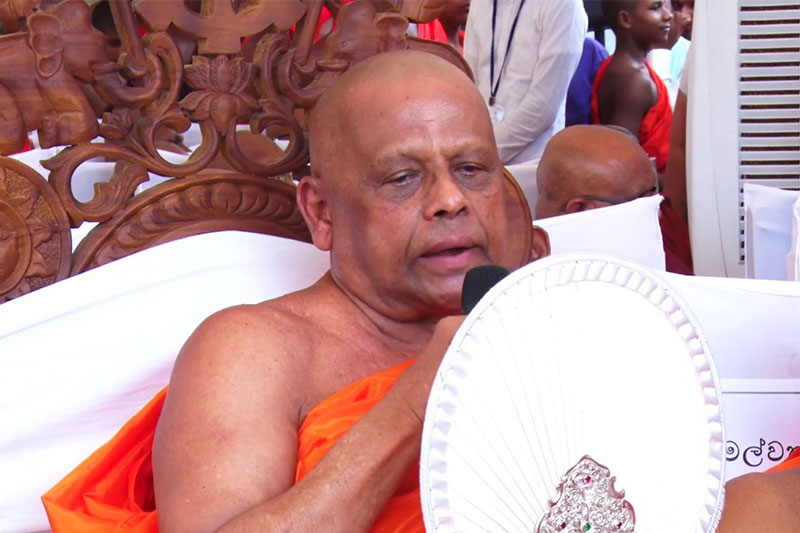 Delivering a hateful sermon recently, the Maha Nayaka of the Asgiriya Chapter Most. Ven. Warakagoda Gnanarathana Thera claimed that while the law is useless, Muslim medical practitioner Dr. Shafi Sahabdeen should be stoned to death.

The monk did not name the doctor, but said Buddhist women devotees wanted him stoned.

"Such traitors should not be allowed to stay free. Some 'upasaka ammas' said he should be stoned to death. I don’t say that, but that is what should be done."

By making such statements, one can only question if Gnanarathana Thera is advocating a Taliban form of Buddhism.

Furthermore, Gnanarathana Thera urged his faithful not to patronize Muslim-owned restaurants saying they were systematically working to reduce the population of Sinhala-Buddhists by making them sterile.

"Don’t eat from those (Muslim) shops," the monk said. "Those who ate from those shops will not have children in the future. In another 10 to 15 years we will know the consequence.

At a socially sensitive time, statements which can incite racial tensions are serious in nature. Therefore, Gnanarathana Thera should be arrested. Gnanarathana Thera who represents one section of a casteist sangha society made these statements right after the revered Poson Poya. His comments not only harms racial harmony in the country but directly contravenes the teachings of the Lord Buddha.

This is clearly explained by Galkande Dhammananda Thera, a senior lecturer of the University of Kelaniya.

It also must be questioned if the International Covenant on Civil and Political Rights (ICCPR) Act is not applicable to Gnanarathana Thera? Can the Mahanayaka Theras be above the law? Is this not a country of civilized people? If not, is it a hell where the law does not apply to hateful extremists?