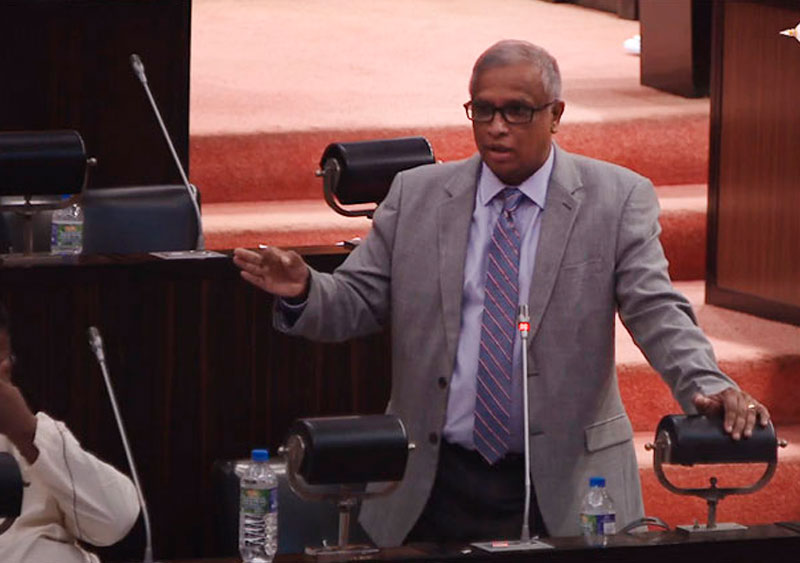 Justice and constitutional reforms minister Wijeyadasa Rajapakshe has asked Speaker Mahinda Yapa Abeywardena to appoint a parliamentary select committee to inquire into TNA MP M.A. Sumanthiran’s statement in Parliament on the Supreme Court’s verdict on the 21st amendment to the constitution.

The minister, in a letter to the speaker, has alleged that MP Sumanthiran had been critical of the court’s determination of the constitutional amendment and that it was inappropriate.

In a letter to the Speaker, Rajapakshe said, “During the speech, Sumanthiran said the determination of the Supreme Court on the amendment bill was not according to the Law.

According to Standing Orders, one should not criticise the courts or judges without a proper proposal, said the minister, adding that “This MP has tried to create a dispute between the court and parliament.

Reproduced below is minister Rajapakshe’s letter to the speaker: 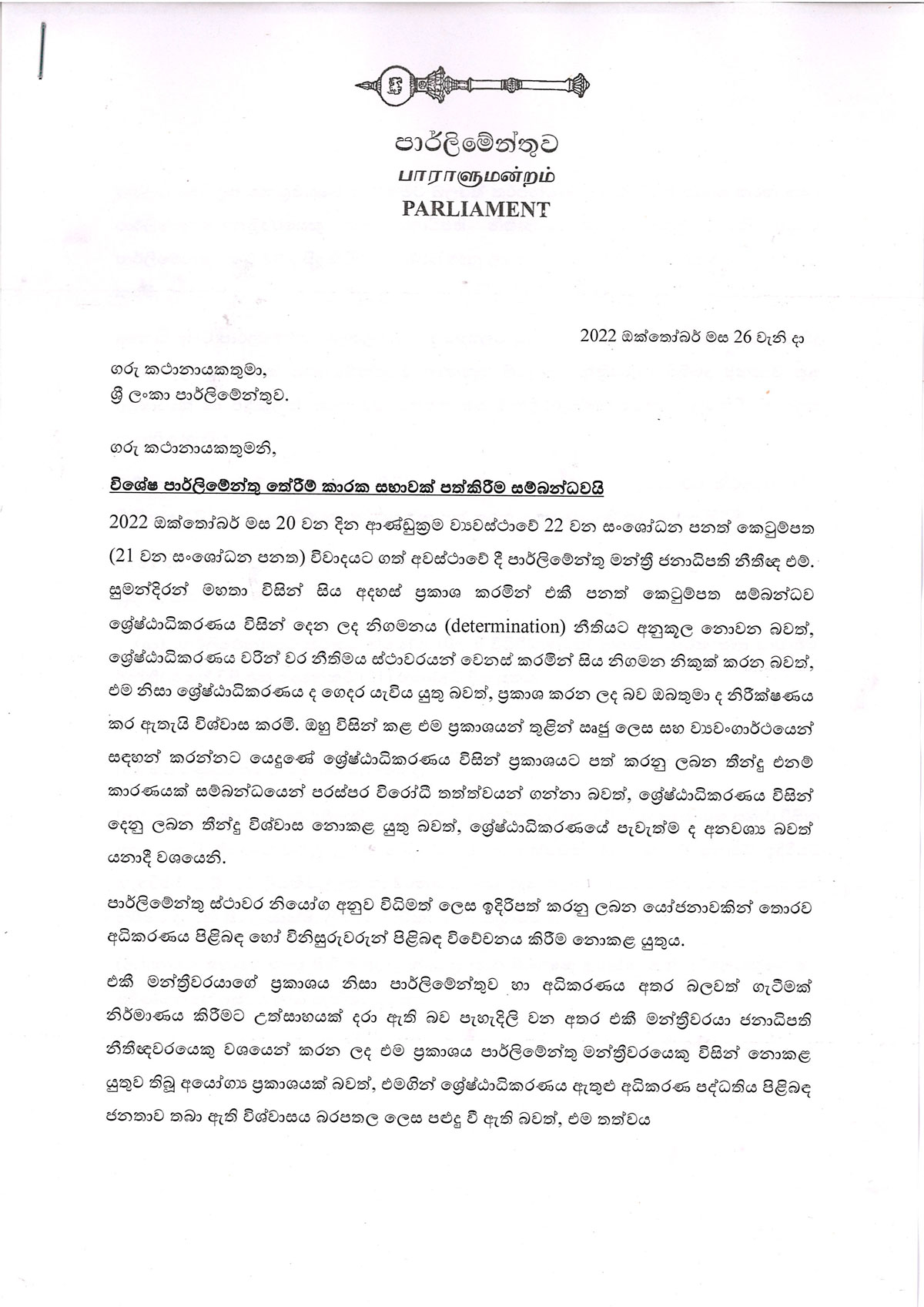 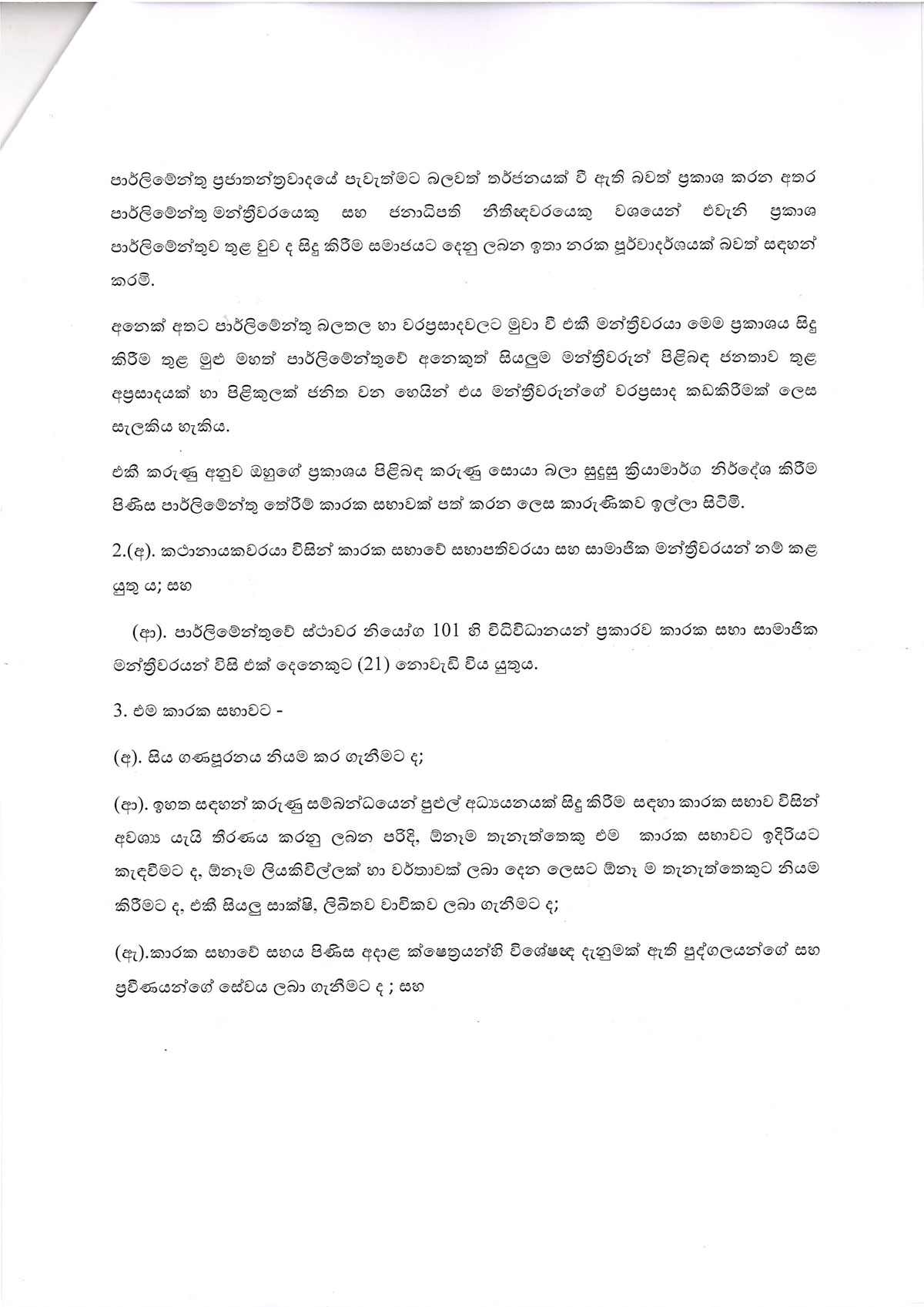 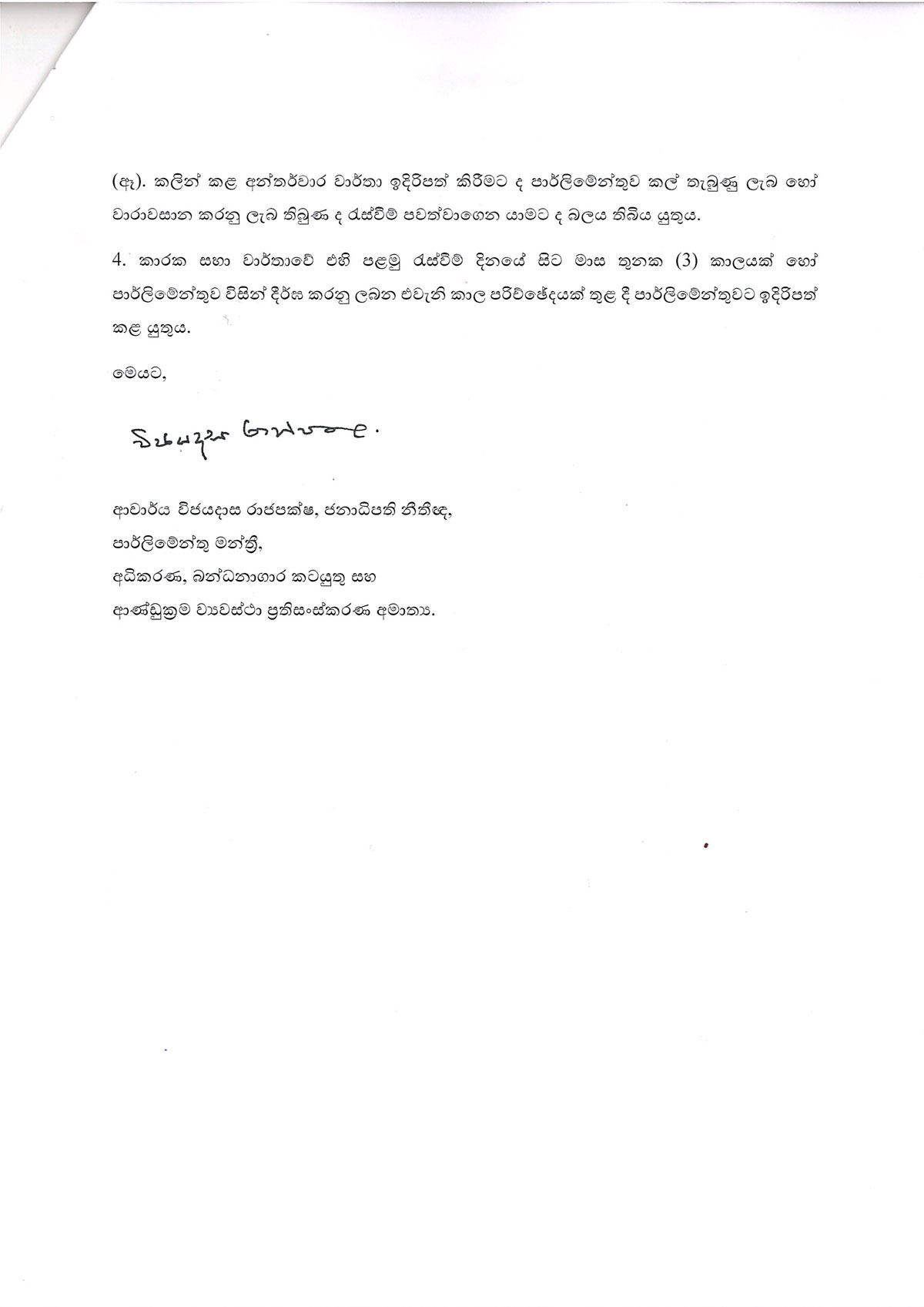