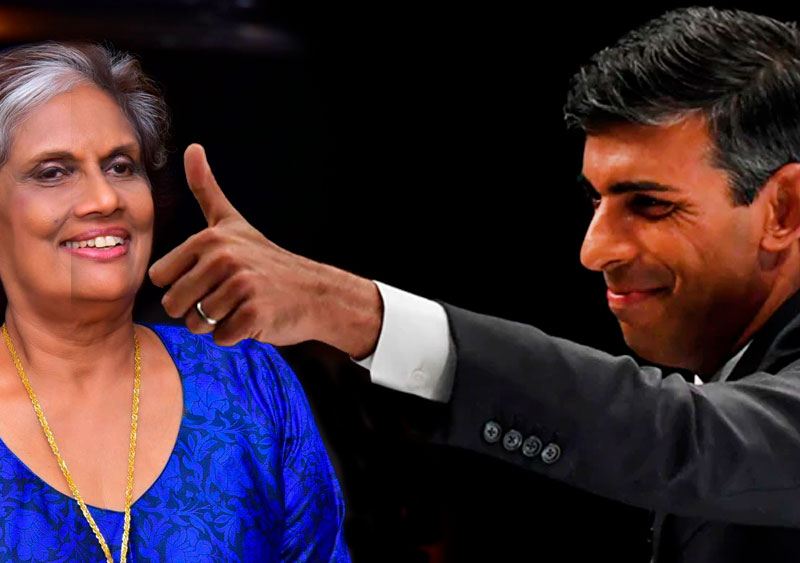 Rishi Sunak will become Britain's first prime minister of colour on Tuesday after he won the race to lead the Conservative Party, tasked with steering a deeply divided country through an economic downturn set to leave millions of people poorer.

One of the wealthiest politicians in Westminster, Sunak, 42, will become the country's youngest leader in modern times - and its third in less than two months - as he takes over during one of the most turbulent eras in British political history.

He replaces Liz Truss, who only lasted 44 days before she said she would resign, needing to restore stability to a country reeling from years of political and economic turmoil and seeking to lead a party that has fractured along ideological lines.

He told his lawmakers in parliament on Monday that they faced an "existential crisis" and must "unite or die". He told the country it faced a "profound economic challenge".

"We now need stability and unity, and I will make it my utmost priority to bring our party and our country together," he said.

The multi-millionaire former hedge fund boss will be expected to make deep spending cuts to try to rebuild Britain's fiscal reputation, just as the country slides into one of the toughest downturns in decades, hit by the surging cost of energy and food.

A recent mini budget by Truss, which triggered her downfall, pushed up borrowing costs and mortgage rates, and sent investors fleeing.

British government bonds rallied aggressively in the run-up to Sunak's victory, and extended their gains on Monday.

Sunak, who will be appointed prime minister by King Charles on Tuesday, will also have to work hard to hold Britain's dominant political party together after some accused him of treachery earlier this year when he resigned from the cabinet of former leader Boris Johnson, triggering his downfall too.

Other Conservatives say he is too rich to understand the day-to-day economic pressures building in Britain, and worry whether he could ever win an election for a party that has been in power for 12 years.

"I think this decision sinks us as a party for the next election," one Conservative lawmaker told Reuters on condition of anonymity.

“The most striking fact for us in South Asia, is how superbly Democratic institutions work in the UK. Proud a South Asian will lead the UK.

Amazing that one of us could lead those who ruled us for centuries, only 3/4 of a century after the end of colonial domination! Speaks much for British Democracy!”, she said.