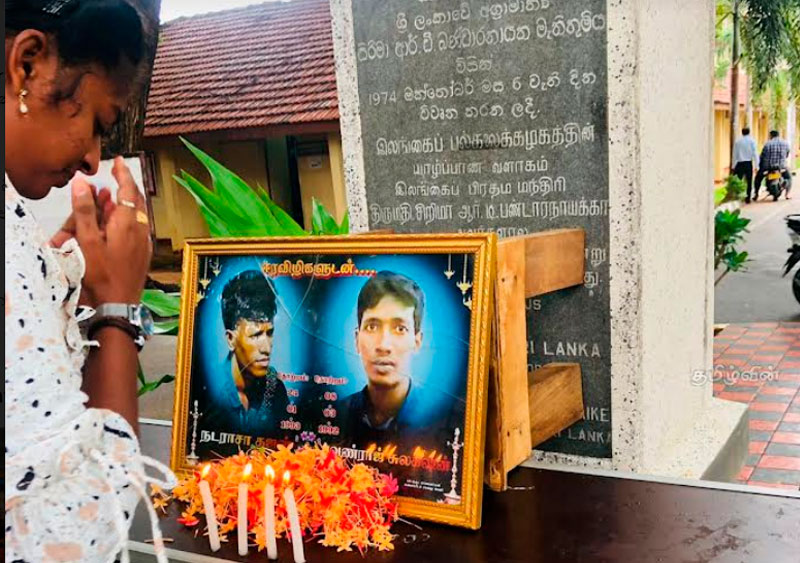 The Jaffna University has remembered two of its students who were shot dead by the police six year ago.

As justice remains eluded for the two all this while, their photographs were garlanded and lamps lit in their honour.

The double killing at Kokuvil on the night of October 20, 2016 occurred during the good governance regime of president Maithripala Sirisena and prime minister Ranil Wickremesinghe.

The then public security minister was Sagala Ratnayake, presently chief-of-staff of the president.

Following an outcry over the deaths of Nadarasa Gajan (22) and Vijayakumar Sulakshan (24), five including a sub-inspector were taken into custody on suspicion and remanded.

But, no further action was taken against them.

The chairman of the police commission found the police shooting to be against the law.

IGP at the time Pujith Jayasundara promised disciplinary action for the ‘shooting by mistake’ during duty and failing to report the incident. 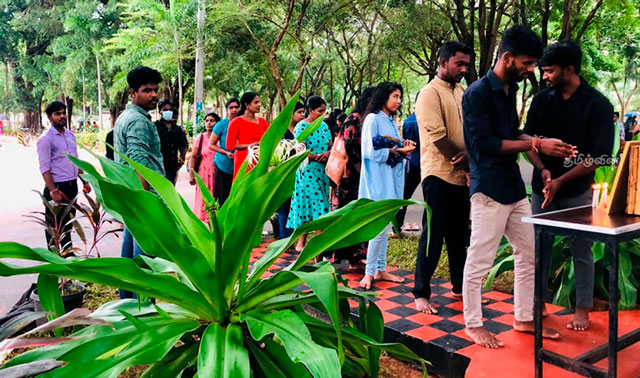