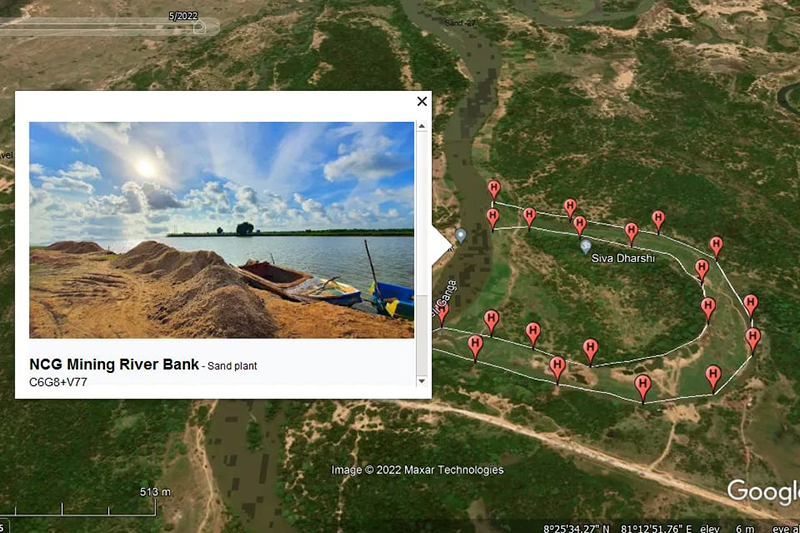 Sand mining is taking place on a large scale in a natural delta of the Mahaweli river at Safi Nagar in Trincomalee in the guise of a 3,000-acre chili cultivation, alleges social scientist and environmentalist Ravindra Kariyawasam.

According to Kariyawasam, who is also the national coordinator of the Centre for Environment and Nature Studies (CENS), this massive environmental destruction has changed hands from the regimes of the Rajapaksas to Wickremesinghe.

Chairman of the Geological Survey and Mines Bureau Manjula Prasad Senaratne had issued mining licenses for 27 hectares at the location, where miners had dug around 40 feet deep.

Despite the Centre having exposed the racket in 2021, the then environment minister Mahinda Amaraweera claimed no illegal sand mining was taking place there.

His promise to investigate the allegation never materialized.

Since then, the Centre has mapped the area using google earth to reveal the extent of the damage.

Sand mining is now taking place with the use of heavy equipment and is supported by the Bureau’s director and with political backing, the Centre charged.

At the same time, licensing requests by area residents for small-scale mining had been turned down, while the number of licenses issued has now gone up to 1,300 covering a 22-km area between Seruwawila and Kinniya.

Research has revealed an increase in salinity in the area, causing considerable damage to the paddy farming.

The Centre urged the environment ministry and the Geological Survey and Mines Bureau to pay immediate attention to the matter. 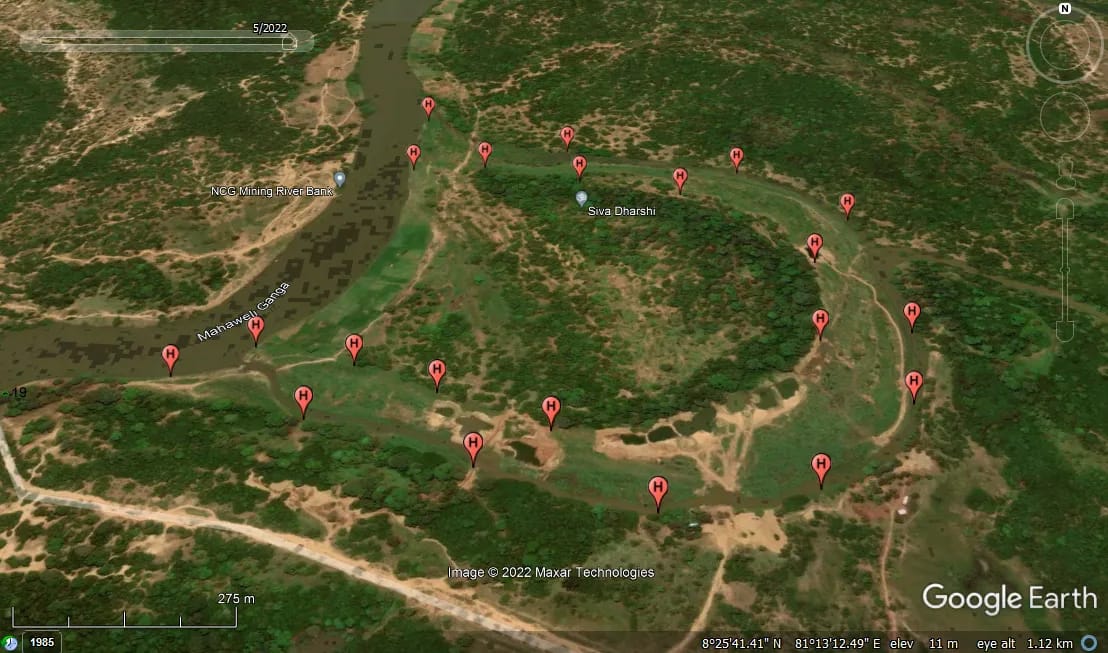