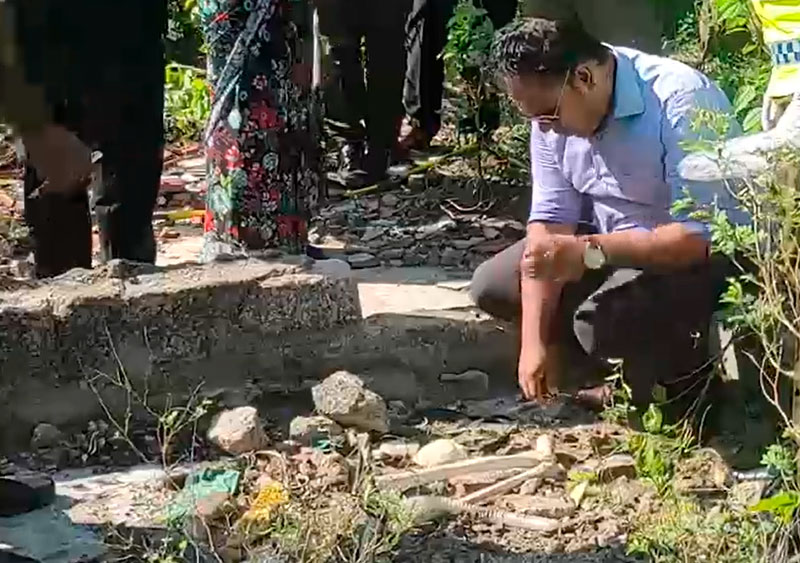 A court in Sri Lanka has ordered a forensic examination on the human remains excavated from a private land on the 11th of this month in the Puthukudiyiruppu -Anandapuram area in Mullaitivu district.

The human remains were excavated on Wednesday (19) in the presence of the district magistrate of Mullaitivu T. Saravanaraja based on a complaint from the police.

Puthukudiyiruppu (PTK) was a strategically important town in the Northern Province when most parts of it were under the control of the now militarily defeated Tamil Tigers aka LTTE.

During the final phase of the war, PTK like many places in Kilinochchi, Mullaitivu, and Vavuniya came under heavy multi-pronged attack by the Sri Lankan armed forces. While an unmindful artillery attack was launched from the ground, aerial bombardment too was simultaneously carried out.

Thousands of people were killed or permanently disabled due to the heavy machinery attacks and the ariel bombing including the usage of internationally banned cluster bombs, which have been documented by local and international agencies.

Local people say the place where the human remains have been found now housed a hospital run by the LTTE and it came under aerial attack killing many. Though well documented that places like hospitals, churches, temples, schools and open grounds where the Tamils took shelter to save their lives were targeted and bombed by the Sri Lankan armed forces led by war-crimes accused former president Gotabaya Rajapaksa, the government has always denied it.

International agencies like the UN, Red Cross, convoys of the World Food Programme, and World Health Organisation which carried essential supplies like food and medicine apart from basic shelter materials like tarpaulins too came under the attack of the Sri Lankan government forces shelling.

Eyewitnesses from the area where the human remains have been excavated now so, medical waste and other medical-related items are strewn all over the private land.