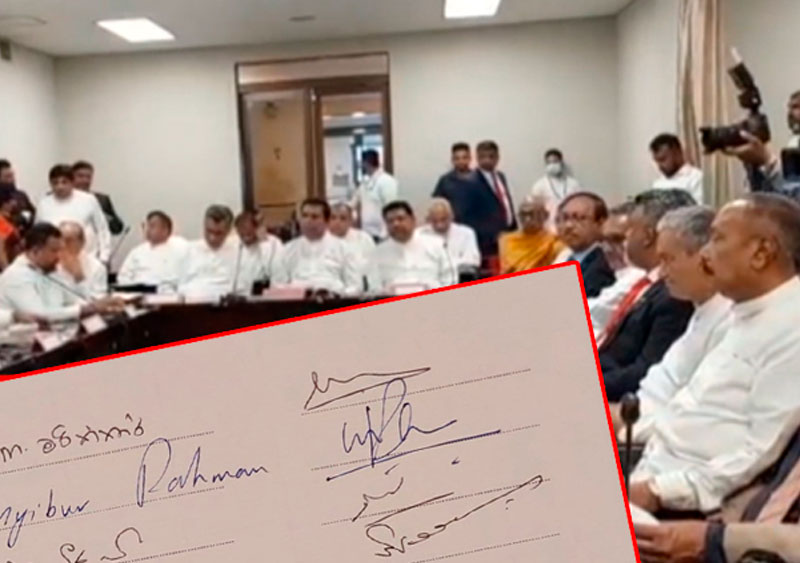 Parties in the opposition entered into a memorandum of understanding yesterday (20) to defeat what they allege is a government attempt to postpone the local government polls.

The Freedom People’s Council was instrumental in organizing the agreement that was signed at a committee room of the parliamentary complex.

The JJB was the only opposition party that refused to sign it.

Speaking on the occasion, former president Maithripala Sirisena said all opposition parties represented in parliament unanimously decided to take all action within the constitutional framework to defeat the government attempt to postpone the LG polls.

Signatories to the MoU are as follows: