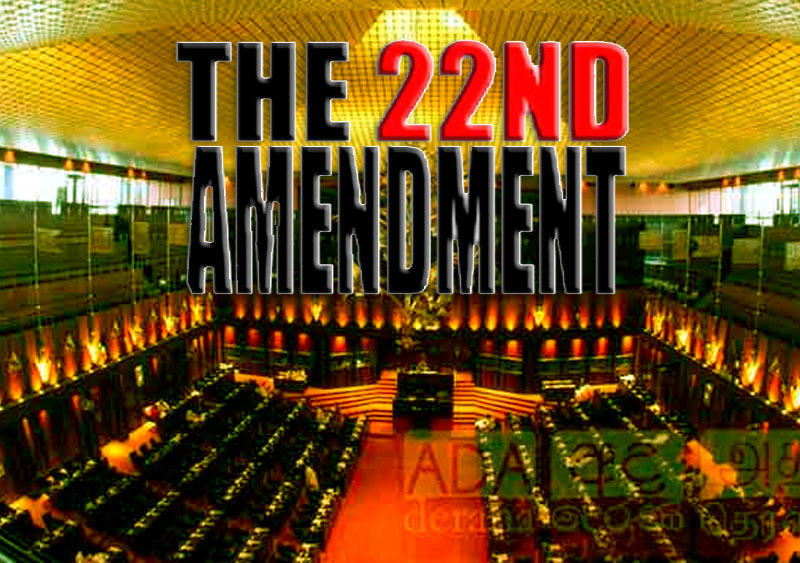 A two-day House debate starts today (20) on the draft 22nd amendment to the constitution amidst divisions even within parties on its content.

Postponed from the previous session of parliament, the amendment will be voted on its second reading at 5.00 pm tomorrow.

The nearest reason for divided opinion is the clause that prevents dual citizens from contesting elections.

SLPP general secretary Sagara Kariyawasam has told Neth FM the party was yet to decide on how to vote.

SLPP will not support amendment

However, the party informed the president at yesterday’s government parliamentary group meeting that it could not support the amendment.

Among a number of SLPP MPs expressing opposing views, S.B. Dissanayake insisted he would not support any revision that curtails powers of the presidency.

Sarath Weerasekara said he would vote against the amendment, while Sagara Kariyawasam described supporting it as a joke.

President Ranil Wickremesinghe said they should take a collective decision.

Meanwhile, Dullas Alahapperuma who leads the SLPP independent MPs, said they would support 22A draft if it was submitted in its agreed upon form.

National organizer of the SJB Tissa Attanayake said they would extend conditional support.

This is what the JJB MP. Dr. Harini Amarasuriya said about her party’s stand.

Justice minister Wijeyadasa Rajapakshe’s explanation on the 22A is as follows: