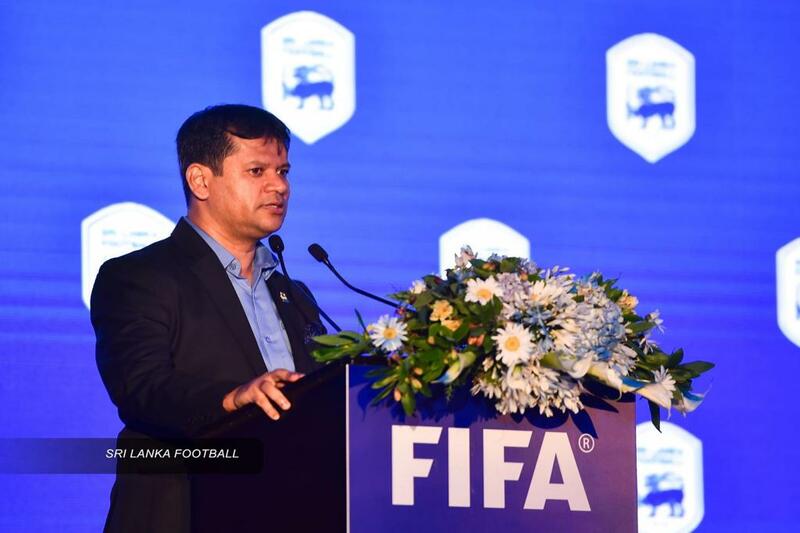 Four more football leagues have joined forces with the majority of the leagues in the Federation to end the ongoing crisis in the game’s local administration, Football Sri Lanka President Jaswar Umar said.

“They all have only one need – that is to put an end to the calamitous crisis and to usher in a new era for football in the country. This has to be achieved with a new constitution for the FSL. At the special annual general meeting held on Sept 22 in Colombo, 13 leagues abstained from using their votes while all the rest – that means 48 leagues, voted for the new constitution. Thereafter, I met with four of those 13 leagues who abstained from voting. They realized the need for change and pledged their fullest support and now of the 61 leagues in the federation we have 52 leagues with us fighting to end corruption.

Umar also pointed out that these leagues have their belief in new hope and new procedures and they want to get rid of the past that was corrupt, failed, and not consistent with international laws.

“We assumed the office and took charge during challenging times to usher in a new era for football in the country. The representatives of the leagues I met emphasised that the delay for elections for new office bearers for the FSL. There are a handful of leagues that are afraid of change because it is their wish to return to the past corrupt practices. Their wishes have nothing to do with the future of the game but only the fulfilment of their personal agendas. They push for the delay in elections with a wishful thinking that they could garner a majority of votes someday. However, the majority of leagues in FSL wants an immediate election to wash away the corrupt past,” Umar added.