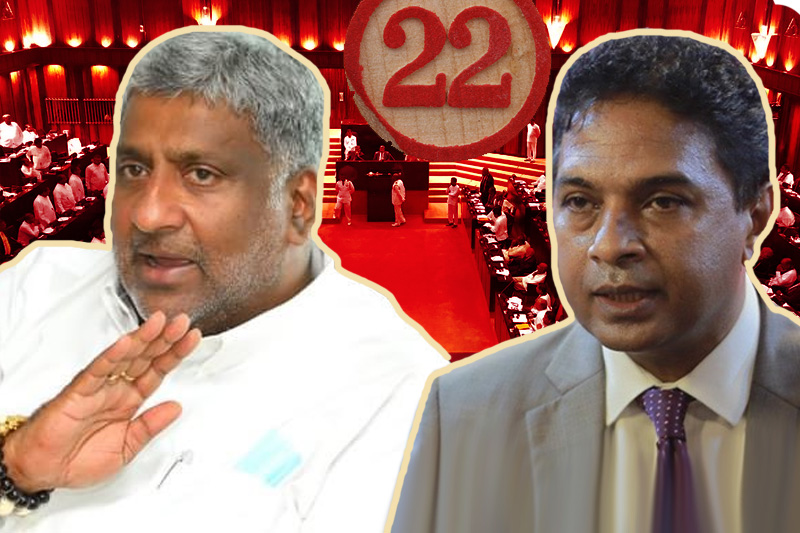 Deputy chief government whip Sagara Kariyawasam is to organise the ruling MPs for the House debate on the draft 22nd amendment to the constitution, reports say.

Prasanna Ranatunga, who is the chief government whip, will miss the entire duration of the debate owing to a private visit to France.

In addition, general secretary of the SLPP, Kariyawasam has openly declared that his party would not support certain clauses in the 22 amendment.

Party leaders have decided to have the debate on the second reading of the 22A draft bill on October 20 and 21.

MPs are free to vote as they wish

SLPP MPs have the freedom to use their vote as they wish at the vote on the amendment, said cabinet spokesman Bandula Gunawardena.

Since the cabinet has already approved the amendment, all ministers will support the related draft bill, he has told the media.

The minister believed the amendment would take place in a manner that fulfills the wishes of the people.