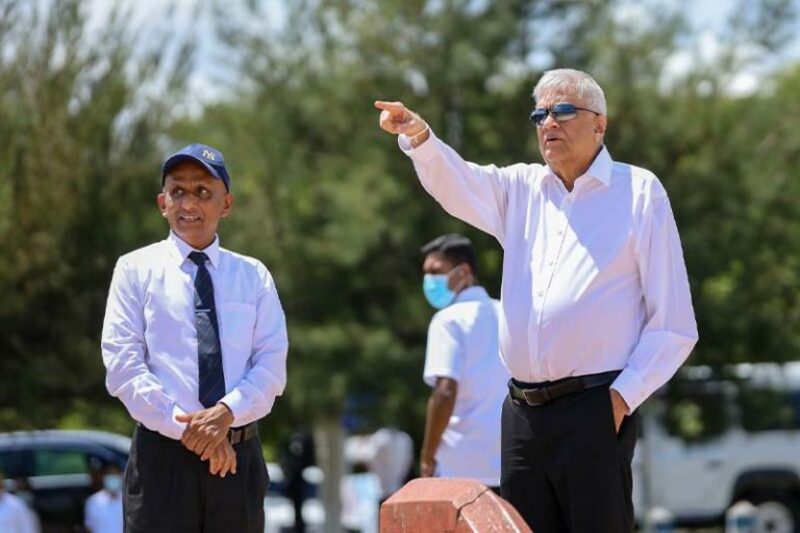 That will not be a move targeting elections, but it will be for the benefit of future generations, he said.

He was speaking at the Trincomalee district Surbana Jurong Masterplan briefing at the grounds of Orr’s Hill today (14).

The president also referred to the objections raised when the Trincomalee oil tanks were to be handed over to India.

The country would not have faced a fuel crisis if the decision to provide the oil tanks had received the green light to be fully implemented, he added.

Prior to the commencement of the discussion, President Wickremesinghe inspected several places proposed to be developed under the Trincomalee District Development Plan. 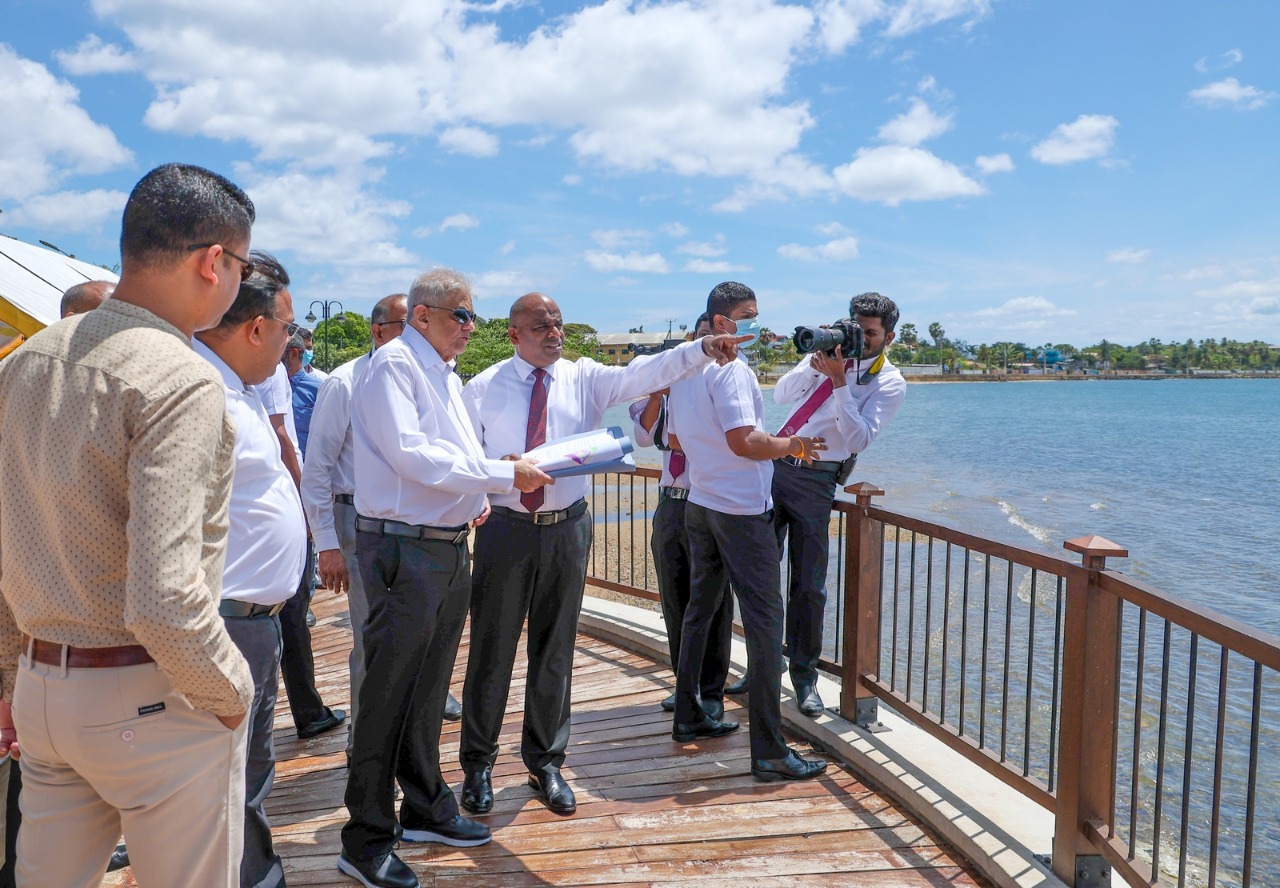 The president was able to view the locations proposed under the Trincomalee District Development Plan from the Orr’s Hill vantage point.

Following the discussion with relevant officials, the president also inspected the proposed project to develop the beach and recreation facilities near the Trincomalee Gandhi Roundabout as a tourist attraction.

Further commenting in the discussion regarding the Trincomalee District Development Plan, the president said,

“We are not initiating this project targeting the next election, but for the benefit of the next generation. In 2023, we will celebrate the 75th Anniversary of Independence. There are another 25 years left to complete 100 years of independence. This work must be done before that.

Therefore, let us cut down the 2018-2050 plans and work on achieving them between 2020-2048. We must make significant progress in this Eastern Province during that period. I don’t claim that it is a task that is achievable in the next five years. What we say is that it should commence. We must move on from there.

It will take another 10-15 years to achieve that development. Thailand’s development has yet to reach the Western Bay of Bengal region. It is yet to kick off in Myanmar. This development has just started in Bangladesh; accordingly, work is being done in Java and Sumatra. It will become a significant port only in the next 10-15 years. Our endeavour is to make Sri Lanka a strategic port.

By that time, I think our navy will have much larger vessels. It is important that we work together with India when we plan these activities because India is located much closer to us.

Currently, India is discussing several programs with Sri Lanka. Therefore, we have to continue with the work on the Sampur Power Plant. If there are objections to it, we will have no choice but to taken directly under the government and continue with the work. We inked the Trincomalee Port Agreement in 2003.

Many objections were raised by the unions since 2003 against the provision of oil tanks to India. Had the Trincomalee oil tank farm been given to India, we would have had fuel, we would have neither had to stay in queues nor to resort to riots.

These problems arose because of the shortage of fuel. If we had given the oil tank farm to India back then, there would not have been any problems today.

Such obstacles should not be allowed to transpire again. We should do this on behalf of the people of this area. I will submit this plan to the Parliament and have it endorsed.

We are working with India on renewable energy with the aim of making Trincomalee an energy hub based on the existing relations between Trincomalee and India.

With the development of renewable energy, value additions such as green hydrogen and green ammonia. Therefore, we need a port to export green hydrogen. As such, the potential in Trincomalee should be taken into consideration.

When considering the North, North Central and Eastern provinces the Trincomalee port should be the central hub. Perhaps, in the future, this would pave a route to Singapore. There is immense potential for such improvement. We should make these developments considering these aspects.

We cannot limit the economic activities of this port solely to the Trincomalee District. This should be connected with the cities of Anuradhapura, Vavuniya and Dambulla.

Today we re-export wheat flour but we do not grow it here. Yet, we re-export it, which is done by Prima. Wheat flour is one of our main exports commodities. We import it and re-export it. There are other commodities that could also be exported and we should consider it.

India has agreed to develop industries in this province. Therefore, we should create an industrial zone. I have proposed a joint mechanism between India and Sri Lanka towards this endeavour. Then, the port will also be connected to it and we are planning to establish a joint task force for this purpose."

Prior to seeking the opinions of this task force, we need to consider the economic situation. From an economic point of view, we have the tourism industry. In particular, there is the cultural triangle of Anuradhapura, Polonnaruwa, Dambulla which will attract more tourists to this region.

Although Trincomalee has an airport, it cannot accommodate large aircrafts. Therefore, we would have to upgrade Hingurakgoda or Vavuniya into an international airport. There is an opportunity to develop the tourism industry from Trincomalee to Batticaloa.

We need to create a complete plan to develop the Eastern and Northern Provinces. Since Trincomalee is located between the North and the East, he also noted that a large part of Anuradhapaura and Polonnaruwa belongs to the Northern Province.

This joint program cannot be completed in 05 years but will take 20-25 years. It took 10 years to complete the Mahaweli Development Project. We hope to have preliminary discussions regarding this and brief the Cabinet prior to proceeding with the development initiatives." 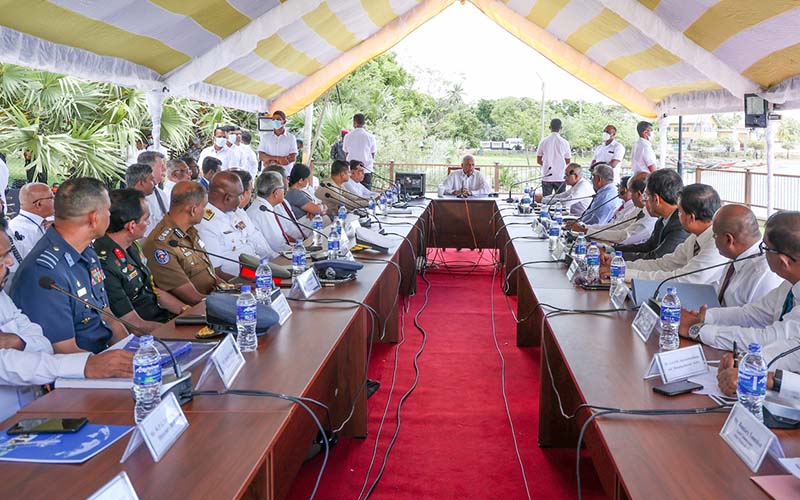 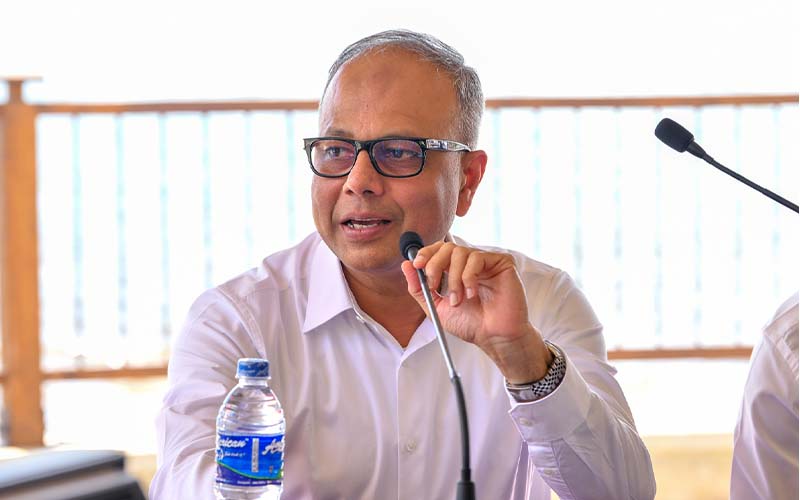 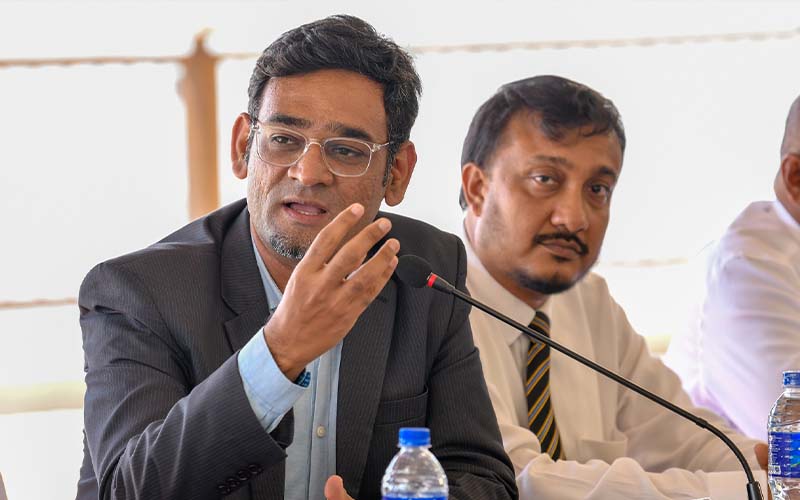 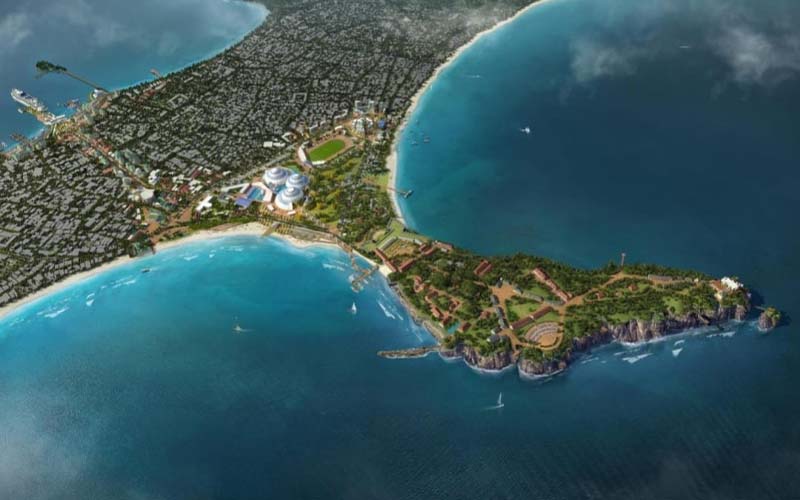 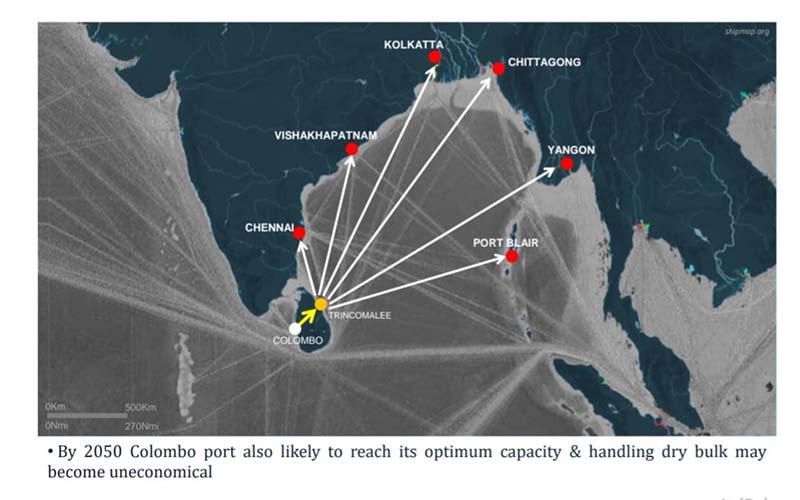 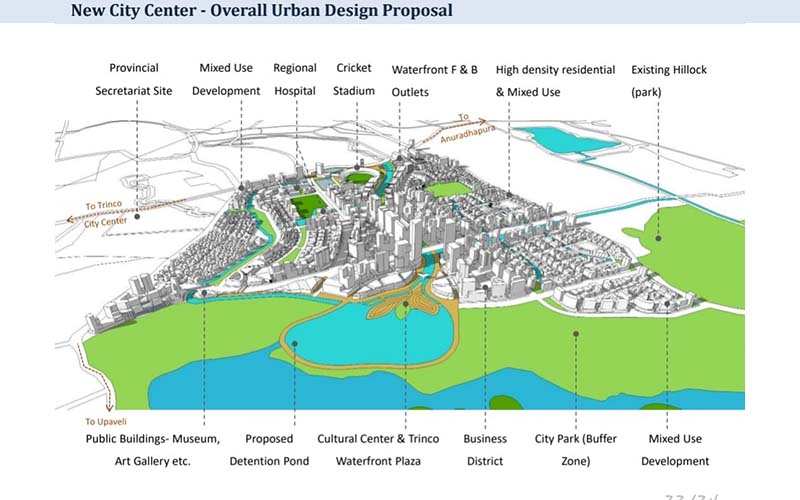