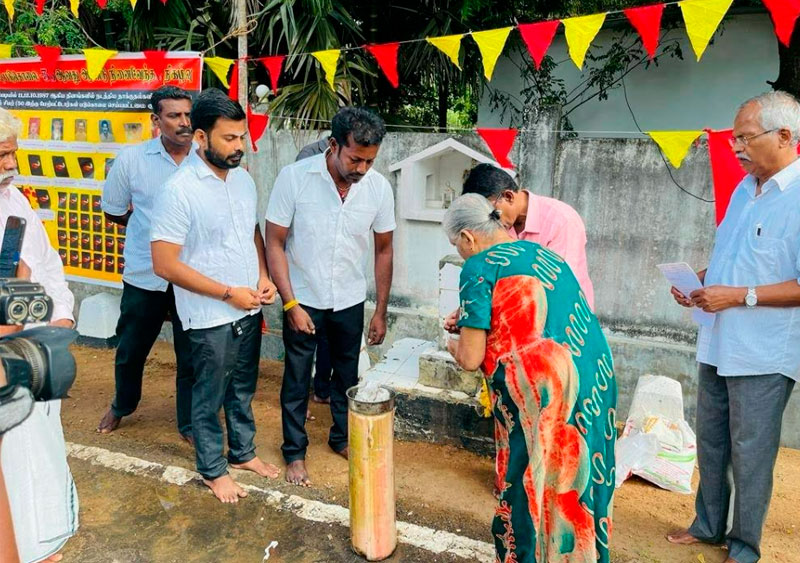 Jaffna has remembered 55 civilians who were murdered in the cold blood by Indian peacekeepers at Kokuvil 35 years ago.

The remembrance event by relatives and others on October 12 took place before a memorial erected at Pirampadi.

According to eyewitness accounts of the mass killings, the IPKF carried out the carnage on October 13, 1987, a day after it lost several of its men to the LTTE.

On information that the LTTE leader was in hiding at the Jaffna University, an Indian parachute team descended on the premises.

Twenty-nine of them were gunned down by the LTTE and 31 others were taken hostage.

The next day, Indian soldiers had come in armoured vehicles and used machineguns and tanks to murder small children, women, elders and four university students.

They had then bombed the university’s library and other buildings.

The murdered people were buried in a mass grave.

No investigation, payment of compensation or any other form of justice had taken place on behalf of the victims.