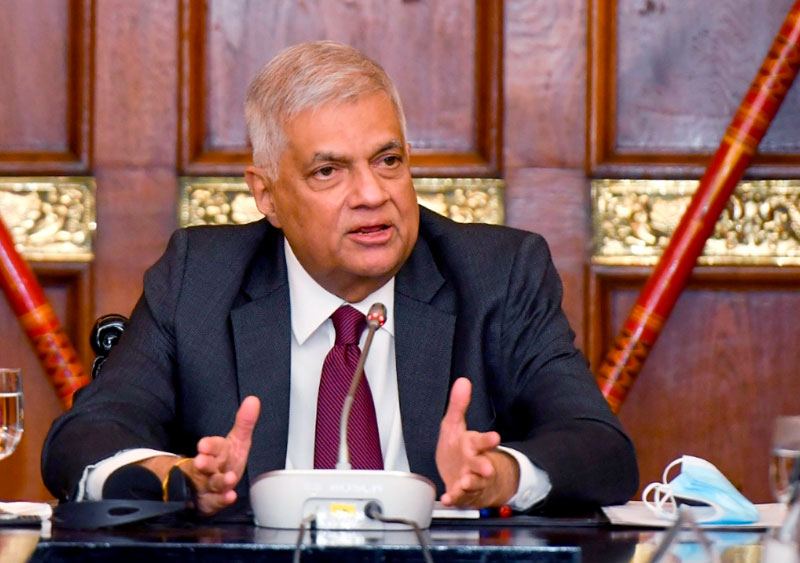 President Ranil Wickremesinghe pointed out that using children as shields in demonstrations is a serious offence according to the law of the country and advised the Sri Lanka Police to take immediate measures to prevent the perpetuation of such conduct.

President Wickremesinghe issued these instructions during the special discussion held at the Presidential Secretariat yesterday (12) on the protection of children’s rights.

Highlighting sub-section 13 of Article 27 of the Constitution, “The State shall promote with special care the interests of children and youth, so as to ensure their full development, physical, mental, moral, religious and social, and to protect them from exploitation and discrimination,” the President emphasized that protecting children is the prime responsibility of a government.

Steps were also taken to assign the responsibilities of child protection to the Sri Lanka Police and related government institutions.

The President upheld the need for an Act to protect children’s rights to prevent them from being used for sexual activities and protect their fundamental rights. He also advised the officials to discuss this issue with the Attorney General in order to take necessary steps in this regard.

The President drew attention to the detention of the children, who were among the people who were arrested for illegally migrating to India, and therefore was separated from their parents. He said that this situation needs to be rectified immediately and arrangements made to return the children to their parents.

The President also requested special attention to be paid to the education of children in orphanages and protection of their rights and advised the officials to submit a report on those with special needs in such institutions.

President Wickremesinghe pointed out the need to provide formal training to those in charge of these children’s homes in order to avoid facing difficult situations.

Minister of State for Women and Children’s Affairs Geetha Kumarasinghe, President’s Secretary Saman Ekanayake and government officials of line institutions were present at this discussion. 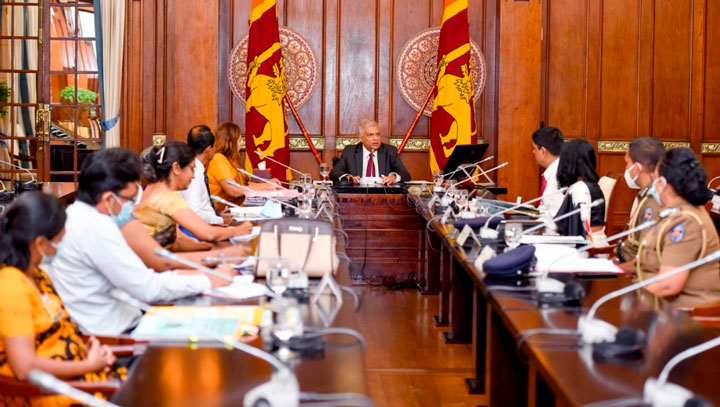