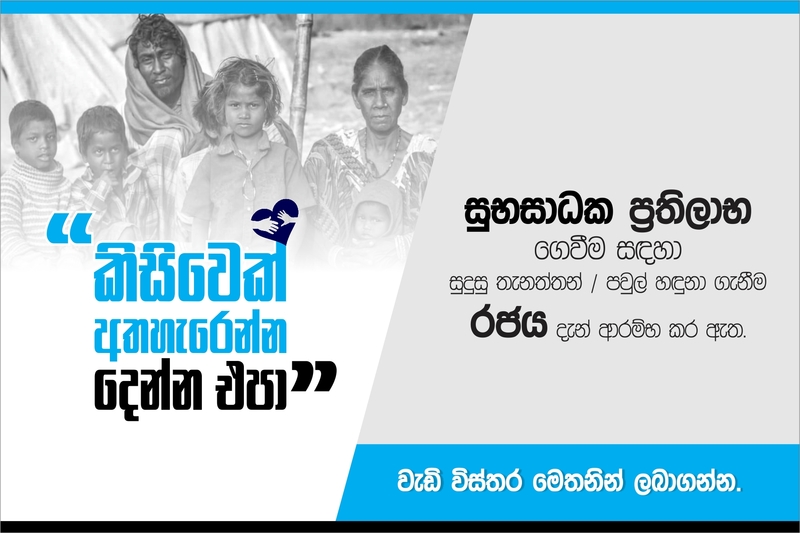 The Welfare Benefit Fast Track Program ‘Leave No One Behind’ targeting low-income families, which was initiated as per the instructions of President Ranil Wickremesinghe, has so far received 2.3 million applications, according to the Welfare Benefit Board.

It is expected that the 600,000 families that have been downgraded to the low-income category, in the face of the second COVID-19 wave and the economic crisis faced by the country, as reported by the United Nations Development Program, are also eligible to apply for this Welfare Benefit Fast Track Program.

This is in addition to the 3.3 million families that are currently receiving welfare benefits or those who are already on the waiting list.

Accordingly, it is estimated that 3.9 million families would apply for this social welfare program. Hence, 3.9 million low-income families are to be benefitted from this program.

The Welfare Benefit Board says that the program would be implemented under six phases and the second phase is also implemented concurrently with the first phase. It also says the next step is to collect data through a door-to-door campaign.

The registration application forms were published on August 30, 2022, and the number of applications entered into the data system stood at 100,000 by September 29, 2022.

The Welfare Benefit Board said that the publicity given by the President Media Division recently has also helped to increase the number of applicants.

The closing date for applications has been set as October 15.

It further stated that the pilot project conducted in this regard was a resounding success and the list of qualified applicants would be announced at the Divisional Secretariat level by December 15.

Welfare benefits to over 3 million families expedited under President's instructions