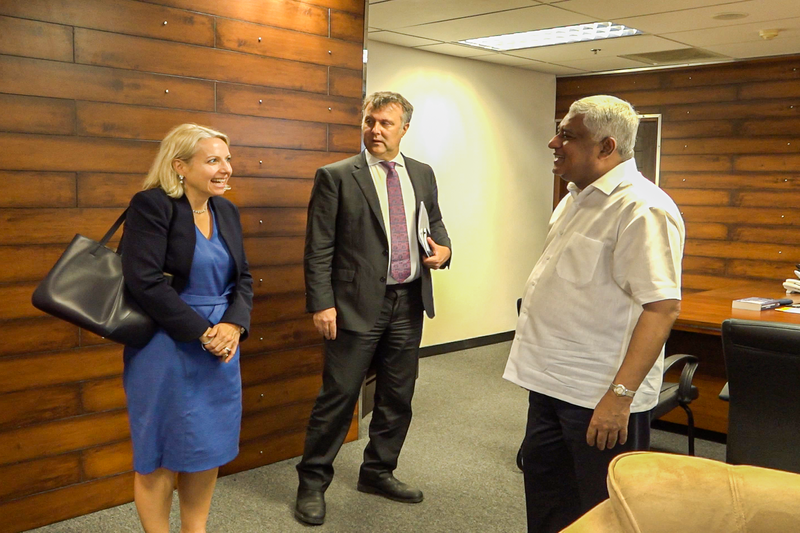 Public security minister Tiran Alles today (11) hosted a meeting at his ministry in Colombo with a top Foreign, Commonwealth and Development Office of the UK, Ben Mellor.

The director of the India and Indo-Pacific Ocean Directorate was accompanied in the visit by British high commissioner Sarah Hulton.

At the discussion, director Mellor highlighted the importance of no one getting aggrieved when police deal with public gatherings.

Minister Alles noted the police had to act when such meetings are held without obtaining prior permission.

Both UK officials conceded the main responsibility of the police was to maintain law and order.

Together with minister Alles, they also agreed that small children should not be used as a shield during public meetings.

The minister requested the UK's assistance to train the police on how to control gatherings of the public.