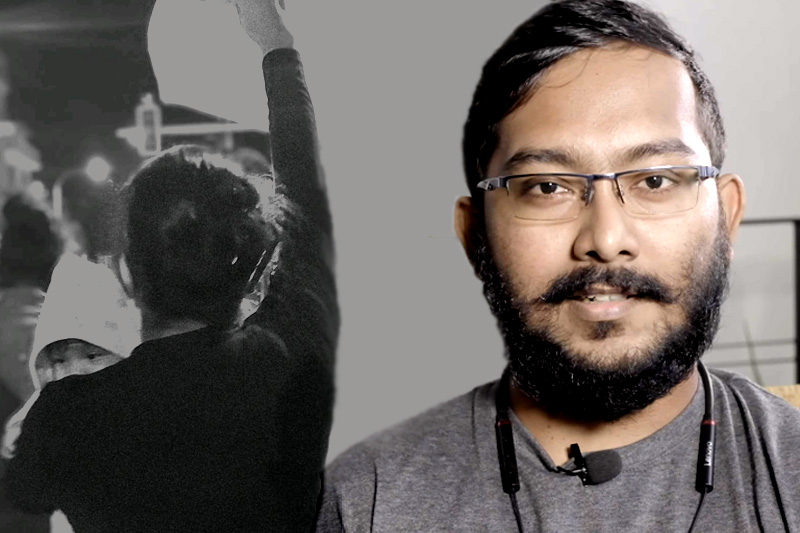 One of the hot topics being debated much these days is about parents taking their small children to public protests.

This has become a trend, some might think, maybe by a black and white photograph of a protesting woman with her child in her arms during a demonstration in Mirihana last April.

Chanuka Nadun Perera, who captured the shot, says he feels the photograph has been misused by some who had used it for personal gains.

He elaborates further in an interview given to ‘Venin’ YouTube channel: