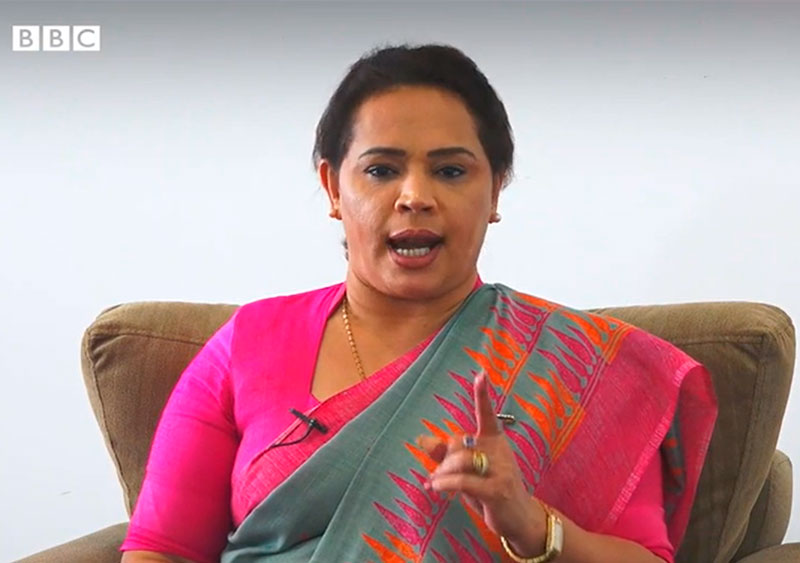 In an interview with BBC, she has claimed that no harm to religion or culture has come to Thailand although prostitution is legal in that Buddhist country.

Gamage alleged interferences by officials to the appointment of a committee, ordered by the president, to look into how cannabis exportation could be legalized.

She also said the 22nd amendment to the constitution was imperative for Sri Lanka to secure assistance from the IMF and to secure the GSP plus export concession.