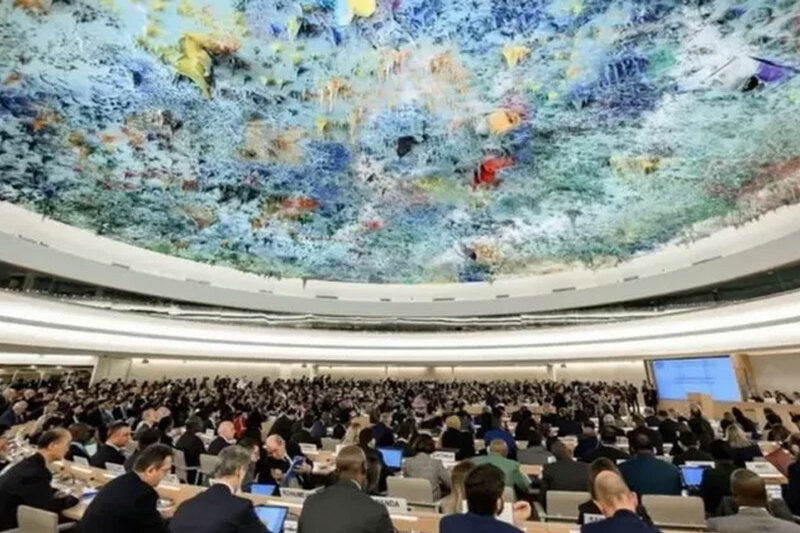 The Global Tamil Forum (GTF) has welcomed the passing of Resolution 51/L1/Rev1 with minimal opposition among the member countries of the United Nations Human Rights Council (UNHRC).

On October 06, a total of twenty countries including the United Kingdom, United States, France, Finland, Germany, Mexico, the Netherlands, Poland and the Republic of Korea voted in favour of the resolution while seven countries – China, Bolivia, Pakistan, Uzbekistan, Venezuela, Cuba and Eritrea voted against the resolution.

The GTF in statement said that it is particularly pleasing that several countries who would have traditionally voted against such a resolution recognised the criticality of the Sri Lankan situation and decided to abstain.

It also noted that UNHRC continues to offer hope for the thousands of victims of serious human rights abuses in Sri Lanka, who have been denied justice for more than a decade, even if the process of seeking justice is painstakingly slow and arduous.

"The process towards this important outcome commenced with the comprehensive report of the UN High Commissioner for Human Rights, which was highly critical of Sri Lanka’s failure to address wartime accountability; entrenched impunity for human rights violations; economic crimes; endemic corruption; and the application of draconian security laws to crackdown peaceful protests. The High Commissioner’s recommendations were ably converted into Resolution 51/L1/Rev1 by the core group of countries – in effect, a balancing act of highly concerning developments in Sri Lanka and challenging geopolitical reality.

GTF would like to express its gratitude to all progressive forces that made this outcome possible – the Office of the High Commissioner for Human Rights (OHCHR), the core group of countries led by the UK, countries that voted for or co-sponsored the resolution, the human rights organisations who championed the cause, and more importantly, the victims of human rights abuses in Sri Lanka who despite the long time elapsed and the risks involved, continue to provide inspiration by bravely fighting for accountability.

Resolution 51/L1/Rev1 recognises Sri Lanka’s total failure in addressing wartime accountability. It has extended and reinforced the capacity of the OHCHR to collect, consolidate, analyse and preserve information and evidence, and develop strategies for future accountability processes. Such options could include extraterritorial and universal jurisdiction as well as targeted sanctions against those credibly implicated in serious human rights abuses.

The resolution acknowledges the lack of freedoms and marginalisation endured by the Tamil and Muslim communities and calls for the government to fulfil its commitment to the devolution of political authority, specifically to ensure that all provincial councils, including the northern and eastern provincial councils, are able to operate effectively in accordance with the 13th Amendment to the Constitution.

The resolution also underscores how unaccountable governance, deepening militarisation and impunity for human rights violations eventually led to the unprecedented economic crisis in Sri Lanka and calls on the government to address the crisis, including by investigating and prosecuting corruption committed by present and former public officials, and offers assistance with the investigation into economic crimes.

Furthermore, Resolution 51/L1/Rev1 notes the heavy handed approach adopted by the government against protesters calling for change, such as declaring multiple state of emergencies and continuing with detentions under the Prevention of Terrorism Act. It calls on the government to protect civil society actors and human rights defenders while emphasizing the positive contribution peaceful protests can make towards the effectiveness of democratic processes.

Notwithstanding India’s abstention, we are pleased with its strong statement in support of the Tamil people for equality, justice, dignity and peace. India noted inadequate progress in implementing the 13th Amendment to the Constitution and called for meaningful devolution and early elections for the Provincial Councils. GTF hopes India’s actions of goodwill – both the unprecedented assistance during the economic crisis and abstention at UNHRC – could be leveraged to protect and promote the legitimate political and economic aspirations of Tamils.

Resolution 51/L1/Rev1 which aims to address many legacies and emerging human rights and economic issues is timely. Its success depends entirely on the insistence and persistence of the international community in ensuring its full implementation. In this context, it is important to highlight the sense of frustration engulfing many victims and their families with no sense of accountability and justice even after 8 UNHRC resolutions and, 13 years of waiting.

Sri Lanka’s response to the resolution presented by Foreign Minister Ali Sabry – who insisted on exclusive domestic mechanism to address wartime atrocities despite the country’s inability to take a single meaningful initiative for 13 years – is thoroughly disappointing. Rejecting any external involvement in investigating the economic crimes – despite overwhelming evidence that such crimes partly contributed to the economic crisis, he trivialised the efforts put in by many countries for Resolution 51/L1/Rev1, alleging it caters for their domestic politics and regional differences only.

For Minister Ali Sabry, there was no sense of irony when invoking an outdated concept of sovereignty as an all-encompassing protective shield while the country is totally dependent on international assistance to overcome its deep economic crisis. Perhaps therein lies a pathway to make a meaningful transformation in Sri Lanka. Knowing Sri Lanka’s track record with past UNHRC resolutions, it makes complete sense to link the progress on implementing the key aspects of Resolution 51/L1/Rev1 to the financial packages provided by the international community.

Unlike previous years when the outcome at the UNHRC was eagerly sought mainly by the Tamil community, the interests and expectations this year were much more widespread. The ruthless treatment meted out to those protested against the government, and the authoritarian and militarised trajectory the country is increasingly adopting, has brought a new awareness about human rights and their universality among all citizens of the country.

GTF believes this convergence of concerns, fears and apprehensions offer hope for all the people of Sri Lanka to come together as equal citizens and communities. Such progress is possible only when all communities stop living a lie based on denial and come to terms with the truth based on evidence. The UNHRC resolution just passed provides a useful framework to work towards such an outcome in unity."