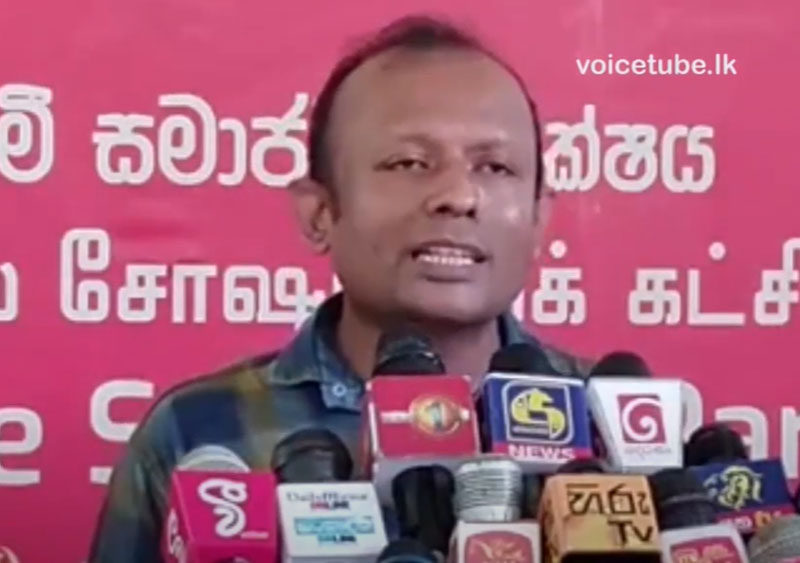 President Ranil Wickremesinghe has attempted to further deceive the people already fed with numerous lies, when he claimed that Japan has agreed to co-chair a meeting to restructure Sri Lanka’s debt, said education secretary of the FSP Pubudu Jayagoda.

After Japan promptly rejected the claim, what Wickremesinghe said was that only a request has been made to Japan to accept the chair, noted Jayagoda at a media briefing yesterday (07).

The incumbent president’s inability to win over the world community was again made clear when Sri Lanka tasted its worst ever 20-7 votes defeat at the UN Human Rights Council in Geneva, he said.

Jayagoda explains further in the video below: