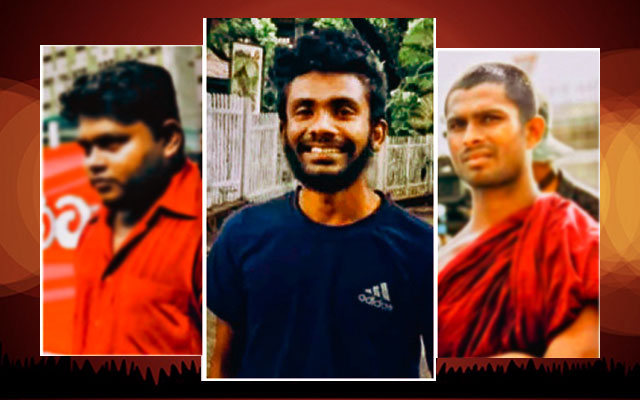 IUSF convener Wasantha Mudalige remains in detention while the president annulled an order for a 90-day detention of a fellow activist under the Prevention of Terrorism Act.

Hashantha Gunatilake was released after public security minister Tiran Alles informed the president about the conclusion of the police investigation against him.

Gunatilake was examined by a medical officer of health before he was released to his father by a court.

Mudalige, Gunatilake and Ven. Galwewa Siridhamma Thera were all taken into custody 50 days ago.

Police say they are under investigation for being members of illegal assemblies.

Orders were obtained to detain Mudalige and Siridhamma Thera for 90 days, with the president giving his approval as the minister of defence.

There are fears that Mudalige’s life is in danger, with the matter having come up even in parliament.

He and other detained students are housed at the old prison in Tangalle, as the TID and the CID lead the investigations against them.

Opposition leader Sajith Premadasa asked prime minister Dinesh Gunawardena as to why Mudalige was being taken to various areas in the night, and urged him to take the matter seriously.

Minister Susil Premajayantha answered, saying that it would be brought to the attention of the law enforcement authorities.

Meanwhile, Anura Mudalige took to facebook and said his brother had been blindfolded and taken to the Malwana house said to belong to Basil Rajapaksa, and other locations in Nawagamuwa, Kadawatha and Gampaha in the night.

It is a clear attempt to plant evidence against the IUSF convener who struggled on the behalf of the people and to use them against him in a court of law, charged his brother.

He stressed to the president and other authorities that his brother was not a coward like Gotabaya Rajapaksa, that he was not afraid of bullets and that he could be silenced by death.