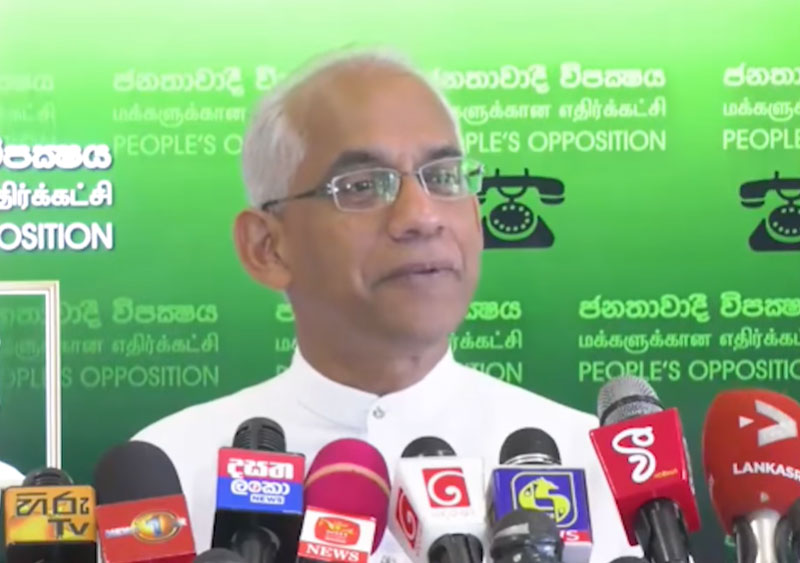 Appointing a government member as head of the parliamentary Committee on Public Enterprise (COPE) is like auditing the transactions of those who commit theft and fraud by themselves, said SJB MP Eran Wickramaratne.

Speaking to the media yesterday (07), he said that during the previous UNP governments, members of the opposition were appointed to chair COPE and COPA, based on the principle that no one should be the judge of his own case.

Wijedasa Rajapakshe and Sunil Handunnetti were appointed to chair the anti-corruption committees of parliament because of that principle.

MP Wickramarthne questioned whether the government, which initially said that COPE and COPA chairmanships would be given to the opposition, has now reversed that decision to protect thieves.

Though members of the legislature are appointed as ministers by the executive, each of the three pillars of the democratic system of governance should be independent from the other under separation of powers.

Since the legislative and financial powers rest with parliament, appointing opposition MPs as heads of its anti-corruption committees to question corruption and irregularities of the ministers and government institutions will strengthen democracy.

The purpose of setting up committees is to eliminate corruption, waste and mismanagement in public administration.

Since the government usually has the majority in these committees, an opposition MP cannot become its chairman through an election.

However, it is common sense that it is important to have an opposition member as the leader to fight corruption.

Speaking further, Wickramaratne said that from the beginning, the SJB was invited to take over ministerial responsibilities.

As it cannot be done when the government is under Rajapaksas, even if we refused it, opposition leader Sajith Premadasa promised to support the government without accepting positions to save this country from the economic crisis.

Because of the economic and financial issues in the country, even though the opposition came forward to support the government for the sake of the people, the government does not seem to understand what needs to be done.

The United Nations Human Rights Council has revealed for the first time this week, in its report on Sri Lanka that economic crimes have occurred in this country.

He mentioned that only seven countries have voted with the Sri Lankan government on the proposal at the UNHRC.

Even long-standing friendly countries like India and Japan abstained from voting, a clear indication that the international community finds no credibility in the actions and promises of this government.

The country is being undermined before the international community, as it is falling into an economic abyss.

It becomes clear what the government needs when one of its members is appointed as chairman of COPE.

Wickramaratne emphasized that if the public money is stolen and cheated, no one can stop him from chasing it.

The opposition will mobilize the people against corruption and irregularities of the government.

The entire country knows the issues in oil and coal procurement during this crisis.

Questions were raised about the vaccine during the covid pandemic.

Before that, the government lost around Rs. 15 billion when the import levy on sugar was reduced.

It was reported in foreign judiciaries about corruption that happened during the time of the Airbus aircraft deal of SriLankan Airlines.

After the airline was taken back by the Rajapaksa government as was making profits under the private sector, its accumulated loss exceeds Rs. 400 billion by now.

The cost of corruption in the airline alone is more than the government's expenditure on education and health. Who did these?, the SJB MP asked.

There is no response from the government when asked about the decisions taken against these corruptions and irregularities by officials and politicians.

Wickramaratne added that since the country is still ruled by the Rajapaksas, the system change initiated through anti-government protests has not brought any favourable change in the country.