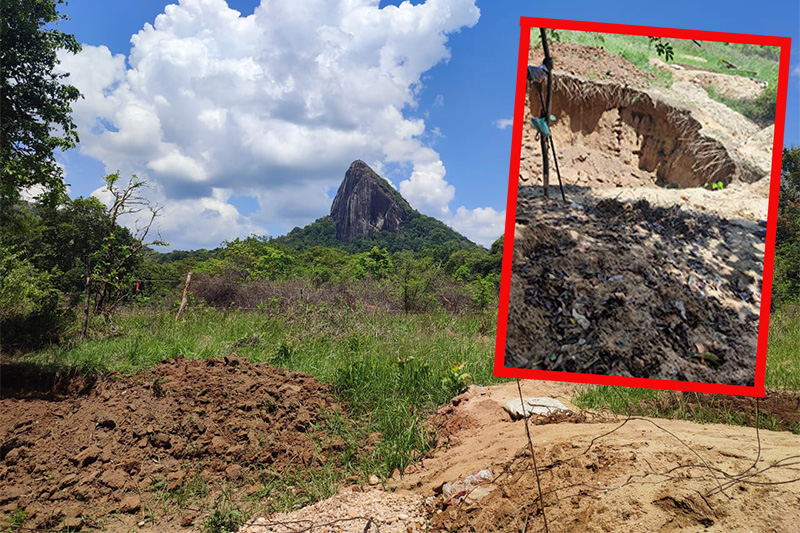 A quarry owner from Bibile is allegedly involved in gem-mining in the Galoya national park, alleges the Centre for Environmental and Nature Studies(CENS).

He has brought machinery to the location and built a makeshift hut for the workers, who have even done some cultivation in the vicinity. 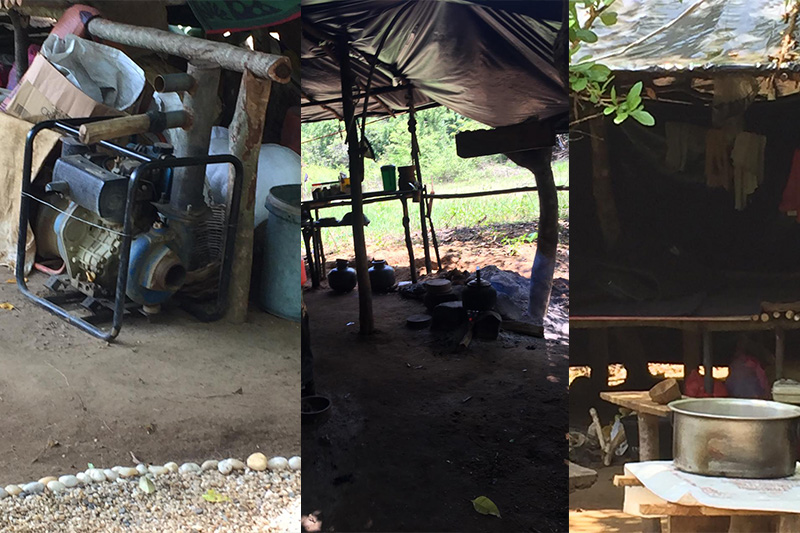 Named A.M. Wijewardena, he claimed ancestral ownership along with a deed number and sought permission from the National Gem and Jewellery Authority on January 01, 2022 to mine for gems.

A regional assistant director of the Authority permitted him five mines in the Nilgala area and the use of backhoes.

Wijewardena has submitted a report with a GPS number to the Wildlife Conservation Department to prove the land’s boundaries. 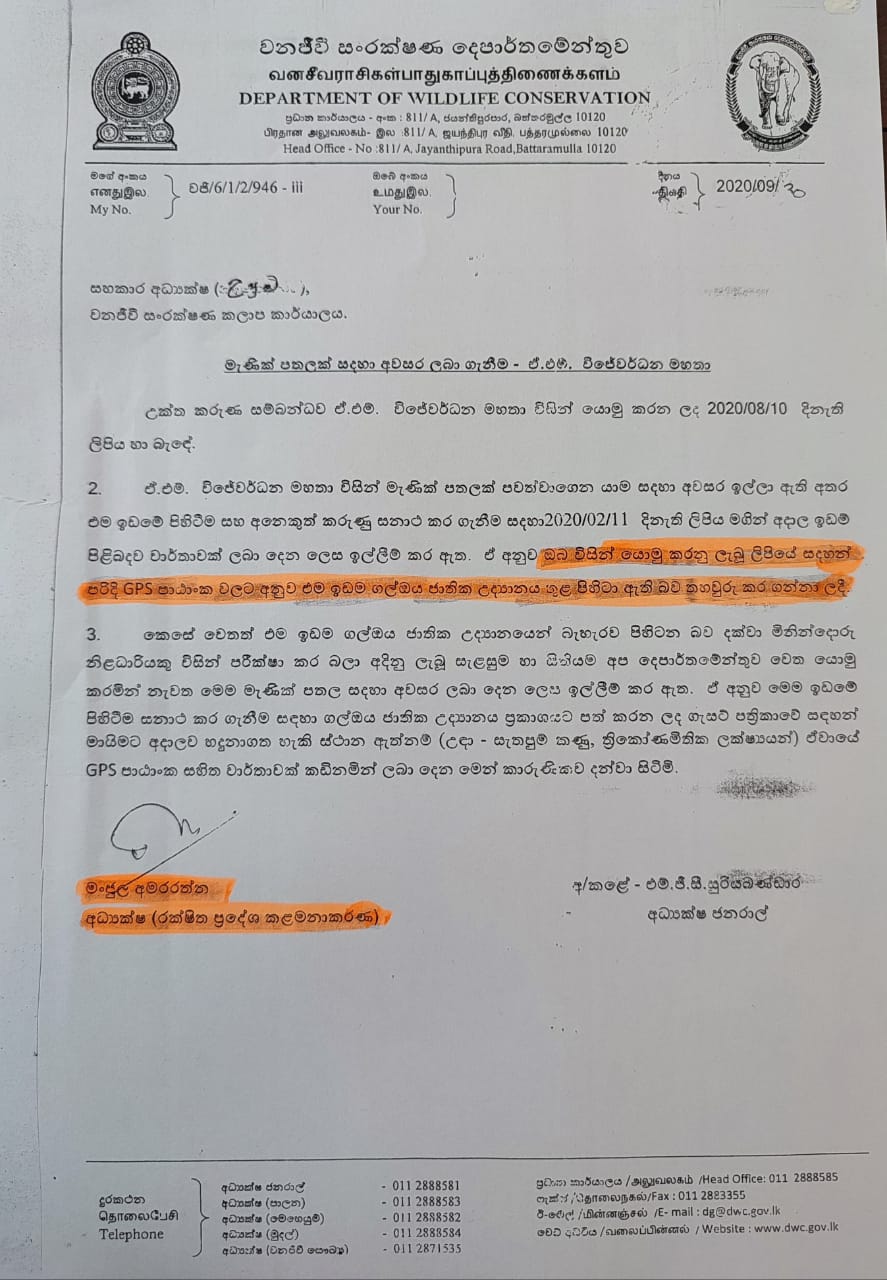 Based on it, an inquiry was conducted and the Department’s director general has confirmed to his assistant director in Uva province the land in question was located within the national park.

The quarry owner is using alleged affiliations with president Ranil Wickremesinghe and is mining for gems, causing massive environmental destruction within the national park, the CENS adds.

-National Coordinator of Centre for Environmental and Nature Studies.