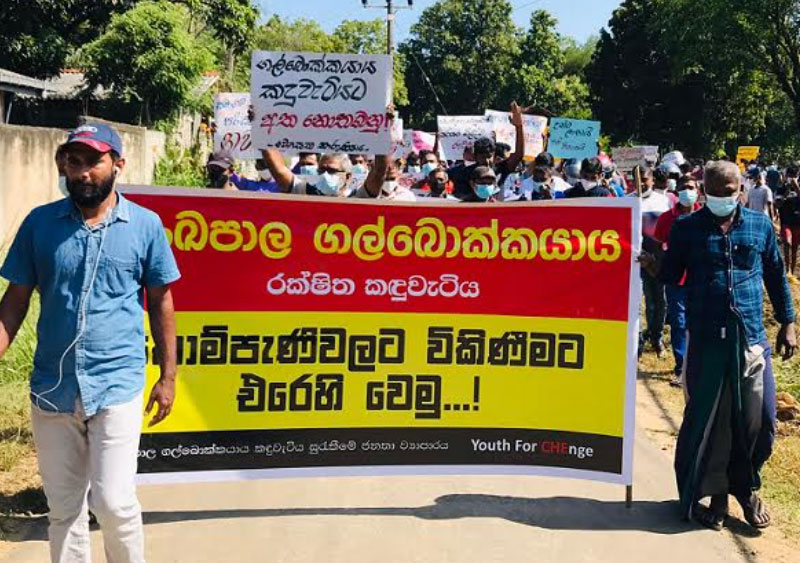 Failure to release two villagers under detention for protesting against environmental destruction in Udawalawa will soon lead to the area becoming a site of protests, warns national organizer of Youths for Change Lahiru Weerasekara.

Issuing the warning during a media briefing in Colombo yesterday (03), he identified the two detained by the police as Nimal and Piyatilake.

Villagers had protested an attempt to excavate part of the Galbokkayaya mountain range at Sankapala for calcium silicate used in the manufacture of cement.

The attempt was halted only temporarily, with officials from the Geological Survey and Mines Bureau and the cement manufacturer later trying to obtain samples from the location.

After villagers objected again, two of them were taken into custody on October 02 on a charge of obstruction of duty.

People will rise up in protest if the government destroys the environment, Weerasekara warned, adding that one good turn from the Galle Face promenade protests was that the entire nation could now wake up to situations.

He explains further in the following video: