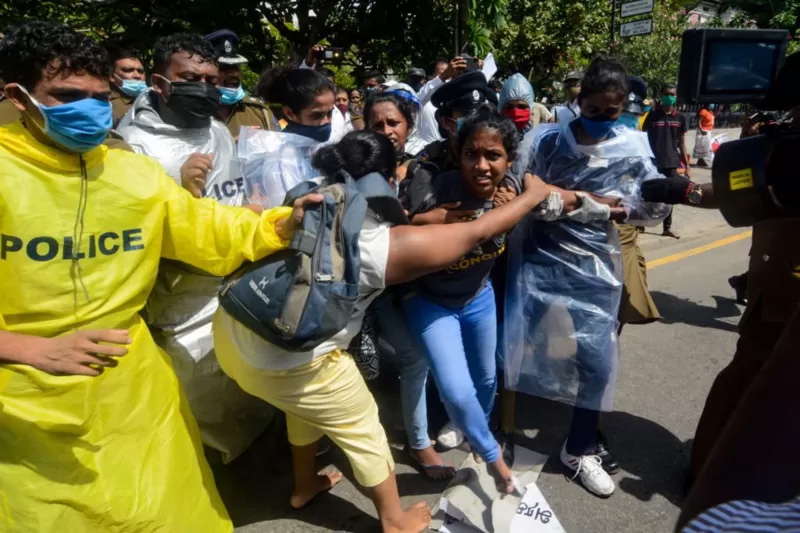 Speaker Mahinda Yapa Abeywardena says he is in receipt of copies of six petitions filed in the Supreme Court with regard to the draft bill on the setting up of a rehabilitation bureau.

These petitions have been submitted as per clause 121 (1) of the constitution, he told the House today (03).

The opposition and civil society activists allege the government is introducing new laws for long-term detention of activists in the recent struggle.

Justice minister Dr. Wijedasa Rajapakshe on September 23 tabled the draft bill in question, which has been vehemently opposed by many.

SJB MP S.M. Marikkar has challenged it in a fundamental rights petition.

Intentions of the rehabilitation bureau

The rehabilitation bureau is expected to oversee treatment, rehabilitation, post-protection and related activities for the individuals under the programme.

However, MP Marikkar alleges in his petition that it aims to use the military to terrify and rule the people in a complete denial of citizens’ freedom.

The JVP too, is against the bill, with Wasantha Samarasinghe saying that those needing rehabilitation are not the protestors, but those in parliament and in the cabinet, who are addicted to corruption and fraud.

SLPP’s Namal Rajapaksa told the media that the persons who had led the struggle should be arrested and the youths who had joined in should be integrated into society.

Former MP Hirunika Premachandra said the president wanted to silence the youths in the guise of rehabilitation.

Activists in the struggle refuse to give into any repression by the state.

Ven. Koswatte Mahanama Thera said they were fighting for the freedom of the common masses.

Rev. Fr. Jeewantha Peiris invited the citizens to stand together as one for the freedom and change they aspired to.