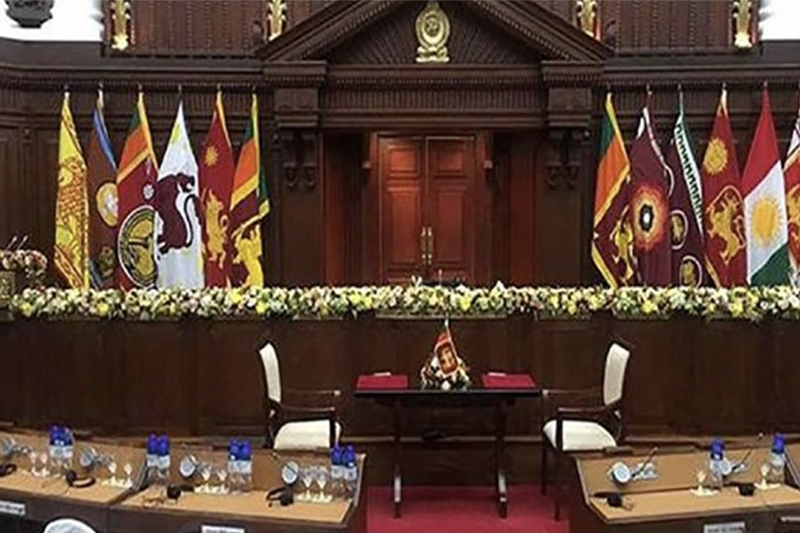 There is no truth to reports that 10 more cabinet ministers will be sworn-in today (03), said a senior official at the Presidential Secretariat.

According to the official, a cabinet reshuffle is likely after the House debate and vote on the 22nd amendment to the constitution.

The SLPP has submitted a list of 10 of its seniors, whom it wants to be given ministerial positions.

However, president Ranil Wickremesinghe has expressed displeasure over some of the names in that list.

In a bid to reach consensus, he is due this week to meet SLPP representatives, led by Namal Rajapaksa.

Meanwhile, the cabinet is scheduled to meet today, presided by the president.

That will be followed by a meeting of the government parliamentary group to discuss affairs of parliament in the week ahead and the 21st amendment to the constitution.