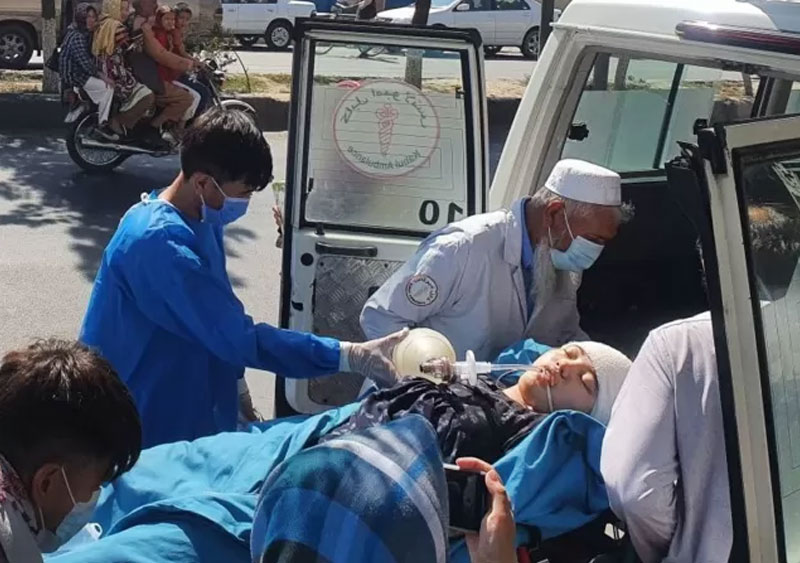 A suicide attack at a tuition centre in the Afghan capital Kabul has killed at least 19 people, most of them female students, police and witnesses say.

Nearly 30 others were wounded at the Kaaj education centre in the Dasht-e-Barchi area in the west of the city.

Students had been sitting a practice university exam when the bomber struck. No group has yet claimed the attack.

Many of those in the area are minority Hazaras, who have often been targeted by Islamic State (IS) militants.

Footage on local TV and shared on social media appeared to show scenes from a nearby hospital, where rows of covered bodies were laid out on the floor. Other media reportedly from the site of the private college showed rubble and upturned tables in the damaged classrooms. 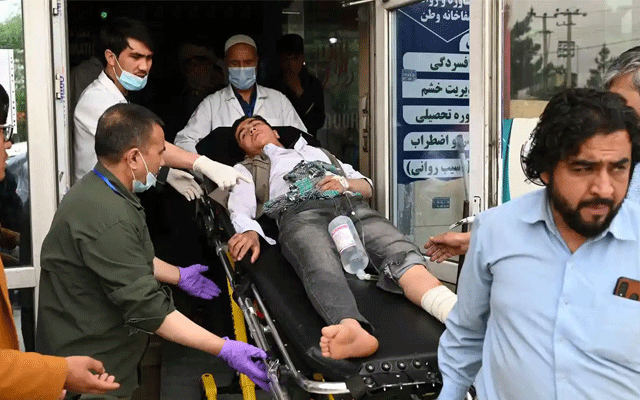 "We didn't find her here," a woman who was looking for her sister at one of the hospitals told AFP news agency. "She was 19 years old."

Some reports say the number of dead is far higher than Taliban officials have acknowledged.

The attacker is reported to have shot at the guards outside the centre, entered a classroom and detonated a bomb.

Eyewitnesses told the BBC that most of the victims were girls - they were seated in the front row, near the blast. A student who was wounded told AFP that there were around 600 people in the room when the attack happened.

The Kaaj tuition centre is a private college which teaches both male and female students. Most girls' schools in the country have been closed since the Taliban returned to power in August last year, but some private schools are open. 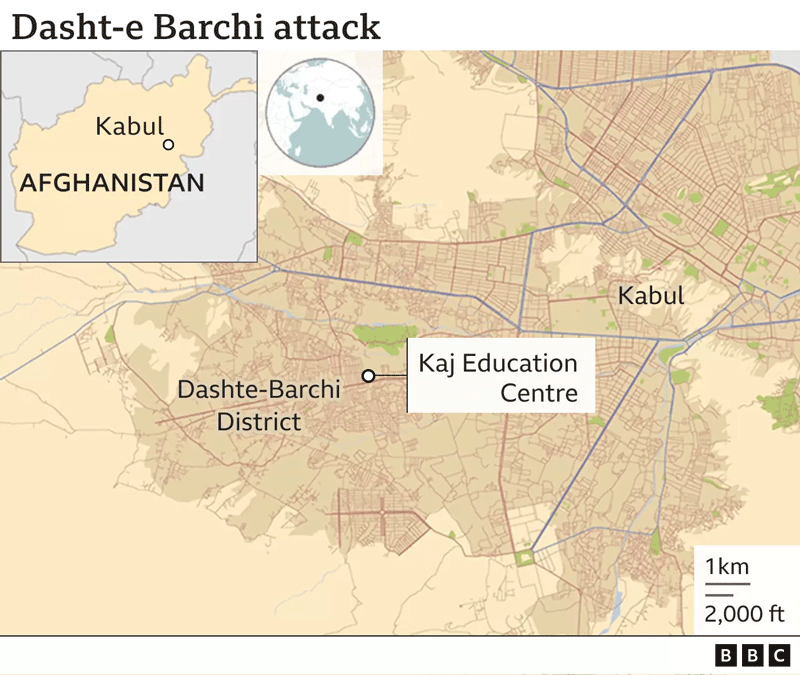 Hazaras, most of whom are Shia Muslims, are Afghanistan's third largest ethnic group. They have long faced persecution from the regional affiliate of Islamic State (ISKP) and the Taliban, which both adhere to Sunni Islam.

On Friday the Taliban's interior ministry spokesman said security teams were at the site and condemned the attack.

The attack was also strongly condemned by the United Nations and the US.

"Targeting a room full of students taking exams is shameful; all students should be able to pursue an education in peace and without fear," said Karen Decker, charge d'affaires at the US mission to Afghanistan, in a tweet.

The security situation in Afghanistan, which had improved after the end of fighting following the Taliban takeover, has been deteriorating in recent months, with a number of attacks on civilians but also Taliban supporters. Some have been claimed by IS, which is a bitter rival of the Taliban.

Schools and hospitals have been targeted in the Dasht-e-Barchi area in a series of attacks, most of which are thought to have been the work of IS.

Last year - before the Taliban returned to power - a bomb attack on a girls school in Dasht-e-Barchi killed at least 85 people, mainly students, and wounded hundreds more.