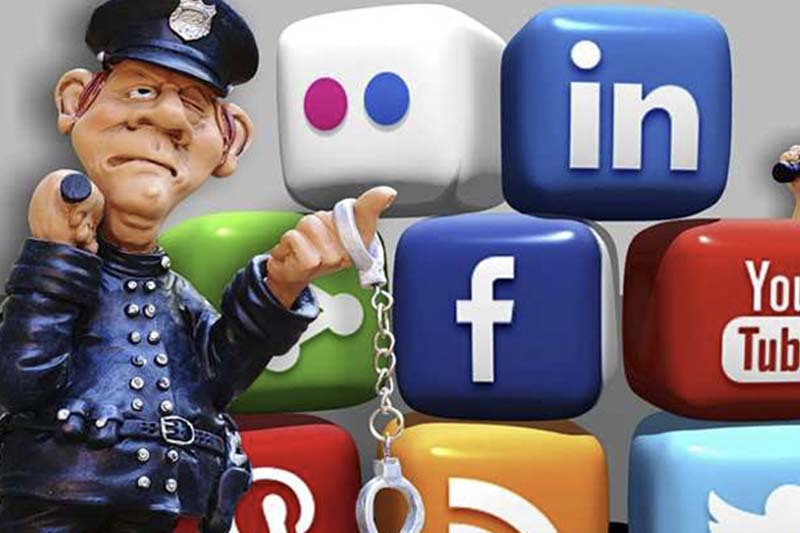 Expressing opinions to social media by public sector officers without following the Establishment Code shall constitute an offence leading to disciplinary action, says a new circular.

Secretary to the Ministry of Public Administration M.M.P.K. Mayadunna has issued the circular titled “Expression of opinions on social media by public officers”.

It says that public officials who express opinions on social media without following the provisions of Sections 6 and 7, Chapter XLVII, Volume Il of the Establishments Code shall constitute an offence leading to disciplinary action.

Furthermore, state sector officers who are not entitled to the exercising of political rights, but are found to have expressed political views will also be subject to disciplinary action, the circular says. 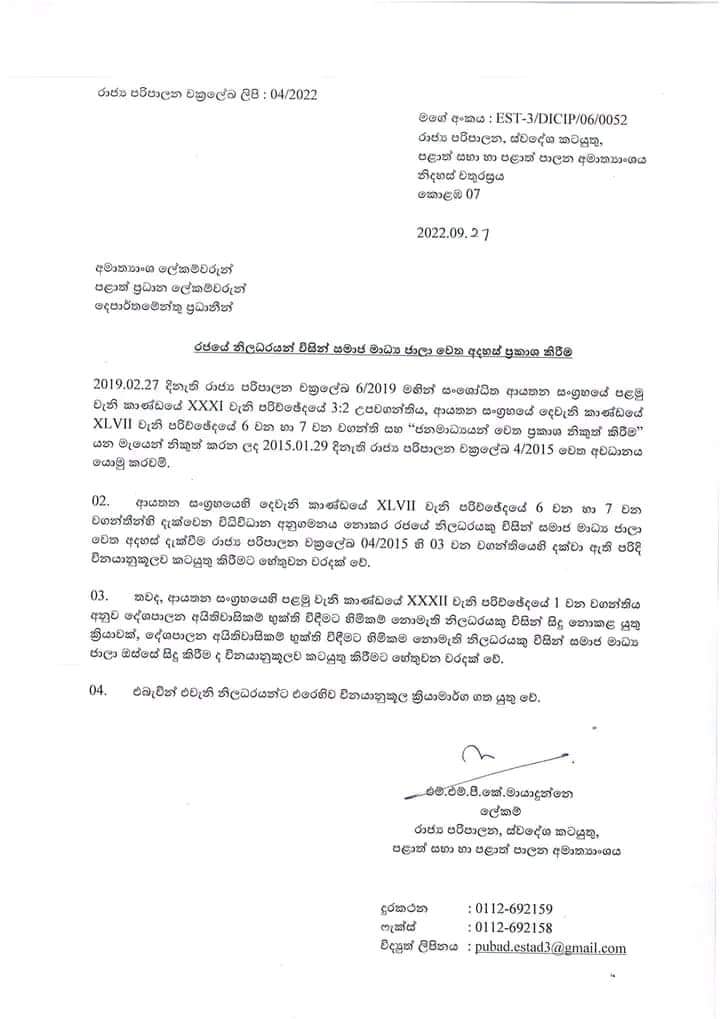