National organiser of the Socialist Youth Union (SYU) Eranga Gunasekara and two other arrestees have been granted bail by the Maligakanda magistrate’s court.

The 79 others taken into custody during the SYU protest in Colombo on September 24 were released on police bail. 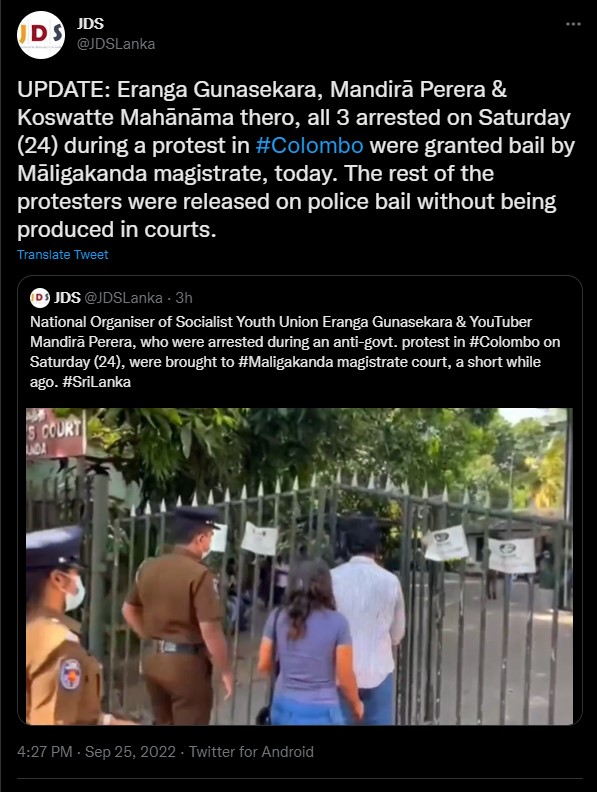