The Liberal Youth Movement (LYM) says the declaration of several Colombo areas as high security zones (HSZs) is in violation of many fundamental rights.

The move by president Ranil Wickremesinghe contravenes the constitutional rights to freedom of movement, peaceful assembly and freedom of expression, says its chief operations officer, Namini Panditha in a statement.

It also violates the liberal values such as freedom, individualism and supremacy of the law, which the LYM firmly believes in and shoulders to safeguard.

Expressing deep concern over the HSZs, it adds that legal action will be initiated against them in order to protect fundamental rights. 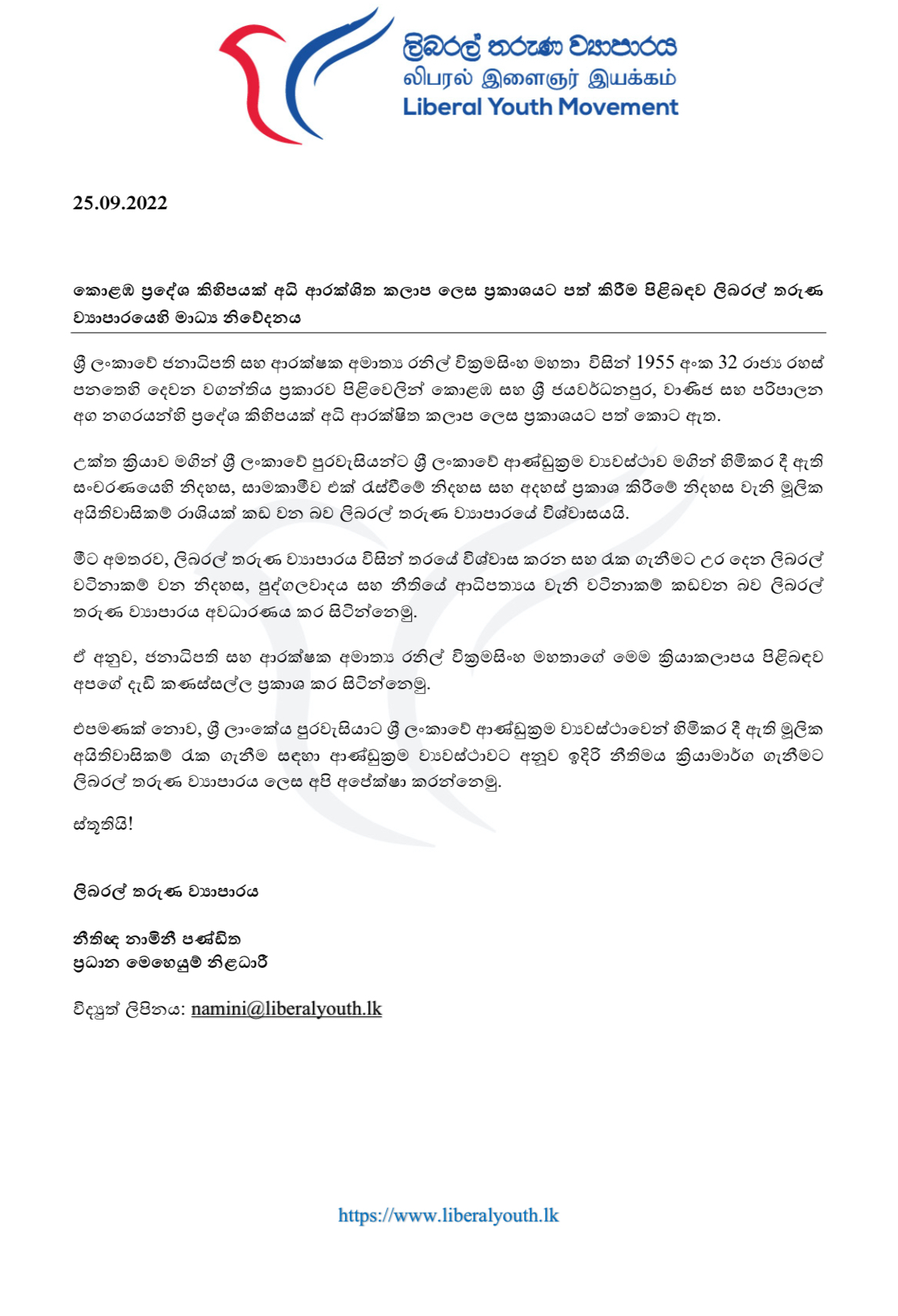