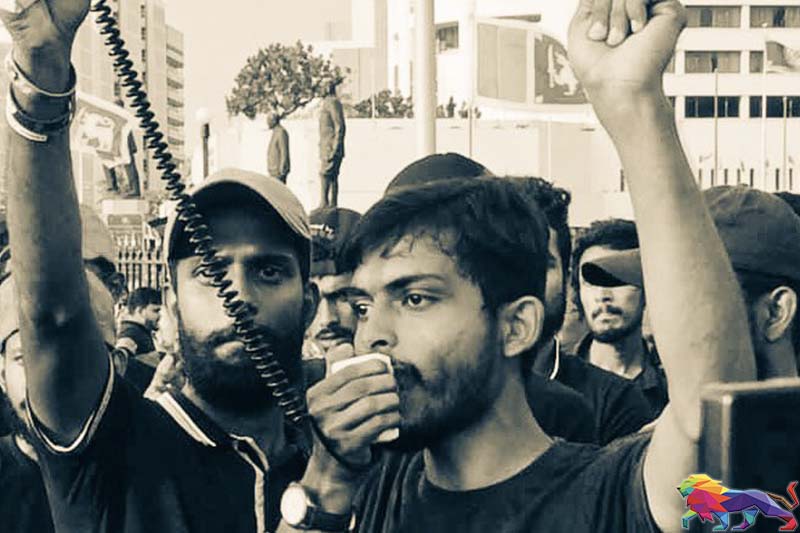 A student activist remanded for leading a protest has been released on bail, says Journalists for Democracy – Sri Lanka.

Convener of the Inter Higher National Diploma Students Federation Haritha Darshana was produced before the Colombo Fort magistrate on September 16.

The next hearing has been set for October 28.

Darshana was remanded on September 02 over the protest by students on May 21. 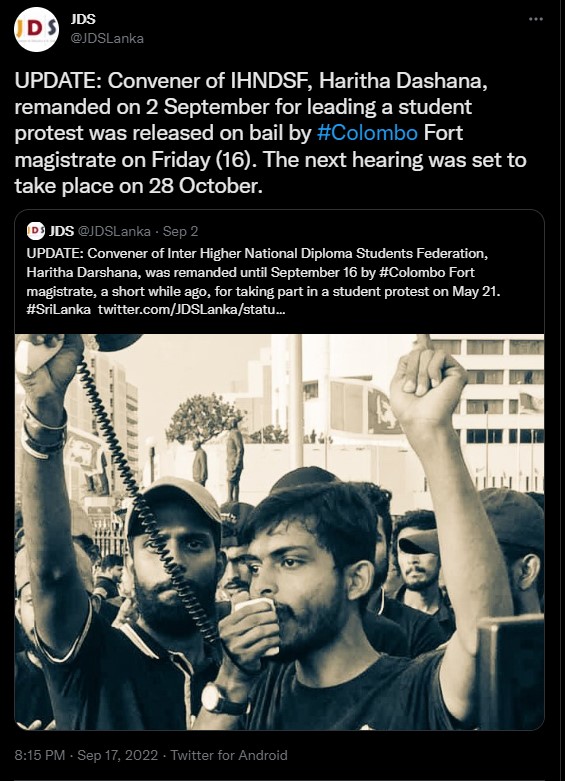