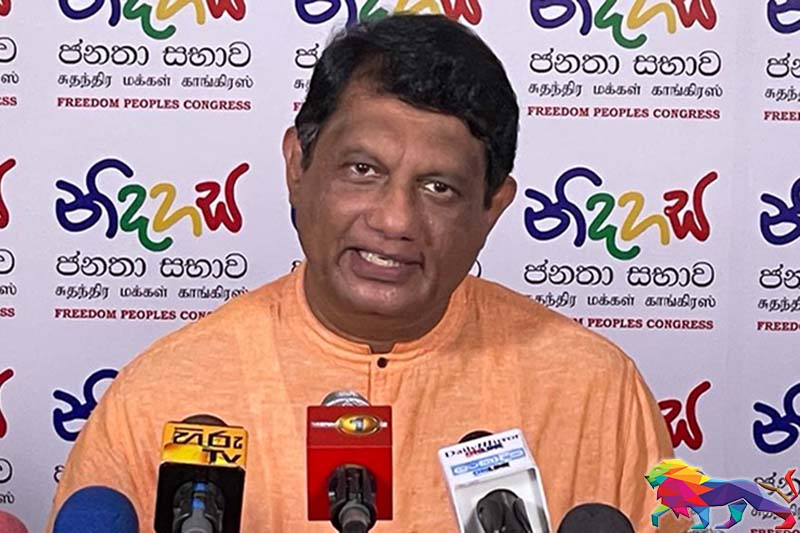 Learn lessons from the past and raise a voice not against fraud and corruption only, but against foolish political decisions too, MP Dr. Nalaka Godahewa has urged the people.

Making the call at a media briefing at ‘Nidahasa’ office in Nawala, he explained the group’s viewpoint on the prevailing crisis and said it would be their responsibility to act as a force of opposing all these ills.

Nevertheless, there is no intention to sabotage activities of the government in the light of the economic hardships, he said.

Merely silencing the voice of the leadership of youths, professionals, artistes and social activists temporarily by repressing the struggle and arresting more than 2,500 of them does not mean the country’s problems are over, Prof. Godahewa said.

He urged the government to publicly declare its plan for the country to come out of the economic crisis.

Only thereafter views could be expressed from the side of the people if there are dangers in that plan, said the MP.

“People are alert at this moment. Don’t hide things from them. Because, it is the people who will have to face the repercussions of decisions taken by the government.”

Prof. Godahewa said they could not accept the government’s claim that the basic agreement reached with the IMF was confidential and cannot be revealed as yet.

He insisted the government informed the people beforehand when taking crucial economic decisions, and denounced its decision to default on loans without first informing parliament.

That decision was an announcement to the world that the country was bankrupt, and no country or international lender will extend assistance, said the MP, adding the only option left is to go to the IMF.

The decision-makers took the easiest way out and left the country in further difficulties, he said.

Curtail expenditure of govt., not country

The MP also berated the present regime for not identifying its economic management priorities even amidst the economic woes.

Apparently, that is not happening, he noted, pointing out that the interim budget has increased government expenditure by around Rs. 1,000 billion, and a large number of ministers and state ministers has been appointed.

He questioned the government’s repeated saying that expenditure should be curtailed, without leading by example.

It will also be a dangerous situation if the government expects to cover its expenses by raising taxes on the people and businesses, especially the medium and small ones who contribute around 55% to the economy and employ 75% of the workforce, said the MP.

“But, we don’t see any minister speaking on behalf of them. We stress to the government to find speedy solutions to their problems,” he added.