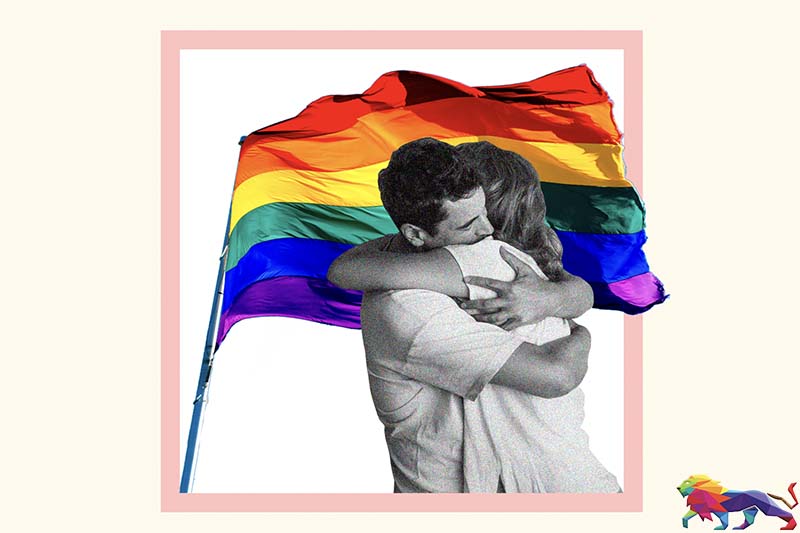 A majority of Sri Lankans - 72.5 per cent - say a person living life as a LGBT person should not be punished for their sexual identity.

The finding came in a survey undertaken two years ago by the Social Scientists Association of the knowledge, attitudes, and perceptions about Sri Lankan LGBT persons.

A structured questionnaire, available in Sinhala, Tamil and English, was administered in late 2020 among 2130 people in all of Sri Lanka’s 25 districts.

The sample was composed of respondents from different gender, age, education and religious groups.

The survey revealed a mixed picture: the vast majority of people think that LGBT people face discrimination, violence and or/abuse because they are LGBT, and a majority do not agree that they should be punished.

However, positive and negative perceptions are held depending on a particular issue and context, which suggests there is work to be done to address stigma and stereotypes and build knowledge and awareness.

The resulting report examines and shares findings from the survey.

They provide a snapshot of how Sri Lankans understand and view a range of matters related to the LGBT community.

It is hoped this report will inform policy makers, advocacy groups and scholars in their strategic and specific interventions to safeguard and respect the rights of Sri Lankan LGBT persons.

The key findings are as follows:

Respondents’ awareness and knowledge of LGBT

A reasonable percentage said they had heard the identifiers transgender (39.9%), lesbian and gay (25.6%) and bisexual (16.1%) but just over half of respondents (55%) said they had not heard of any of the LGBT identifiers.

One in four Sri Lankans said they had a friend who was from the LGBT community.

Many respondents had positive attitudes towards LGBT persons in varied contexts.

For instance, 59.7% said they will not be ashamed to travel next to a gay or lesbian person.

Attitudes were mixed or negative in some contexts.

On whether it would be shameful for a transgender person to be President of Sri Lanka, nearly 50% of Sri Lankans said that they will not be ashamed.

Respondents’ perceptions of and prejudices against LGBT

Respondents’ perceptions of LGBT persons varies depending on the context.

Positive perceptions are evident in some contexts.

A majority of people (72.5%) said a person living life as a LGBT person should not be punished for their sexual identity; 65% said a LGBT person can do a job as well as any other person; and just over half (51.4%) said they would support legislation to ensure the rights of LGBT persons.

The vast majority of respondents acknowledge discrimination is experienced by LGBT persons in different public and private contexts in Sri Lanka, irrespective of the respondents’ awareness, attitudes, and perceptions of LGBT.

Examples of percentages of respondents who said Sri Lankan LGBT persons are discriminated or harassed because they are LGBT persons include:

The survey was commissioned by Westminster Foundation for Democracy under the Commonwealth Equality Project as part of a series of initiatives to fill gaps in research and evidence and work with and support the rights of LGBT communities and allies in Sri Lanka.

Due to time and resource constraints, the survey focused specifically on LGBT rather than LGBTIQ+.