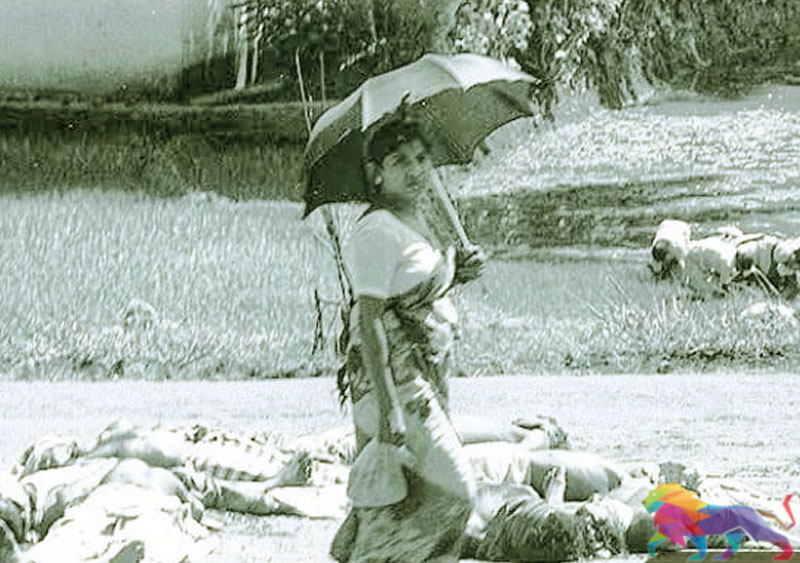 It is 33 years today (15) since more than 150 men were slaughtered by the armed forces and the police in Kandy during the second JVP uprising.

They were killed on 14 and 15 September 1989, during raids on the villages of Kundasale, Mahawatta, Arangala and Menikhinna, says Journalists for Democracy – Sri Lanka.

The slaughtered men’s bodies were burnt on tyres or thrown into the Mahaweli river, it adds. 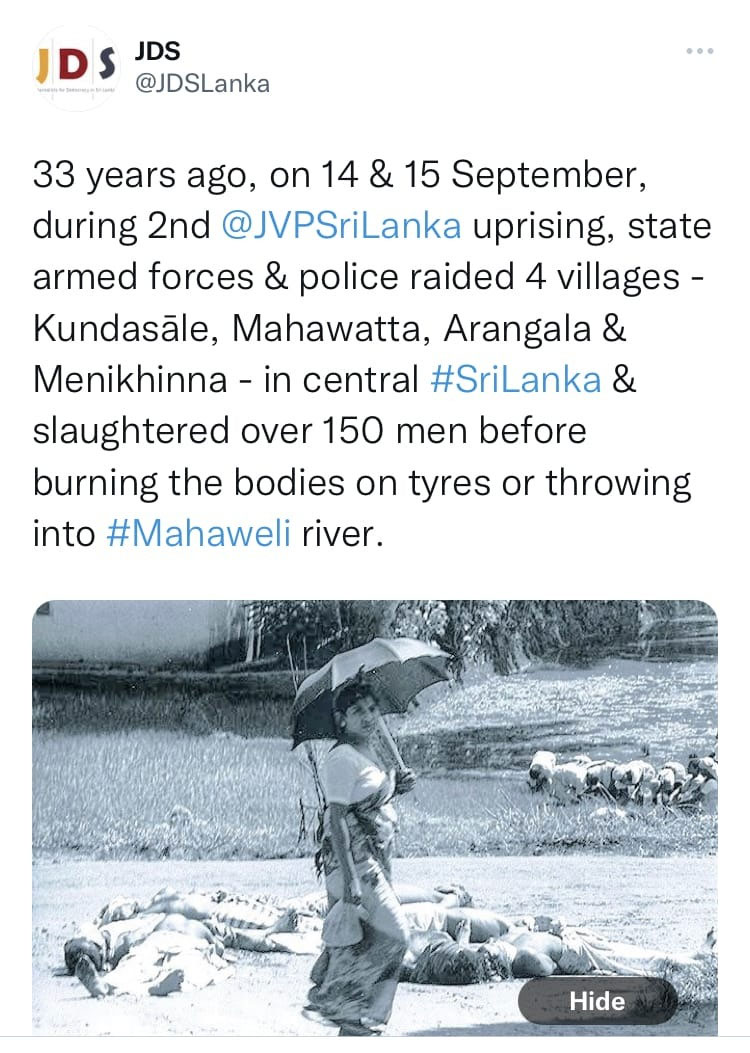