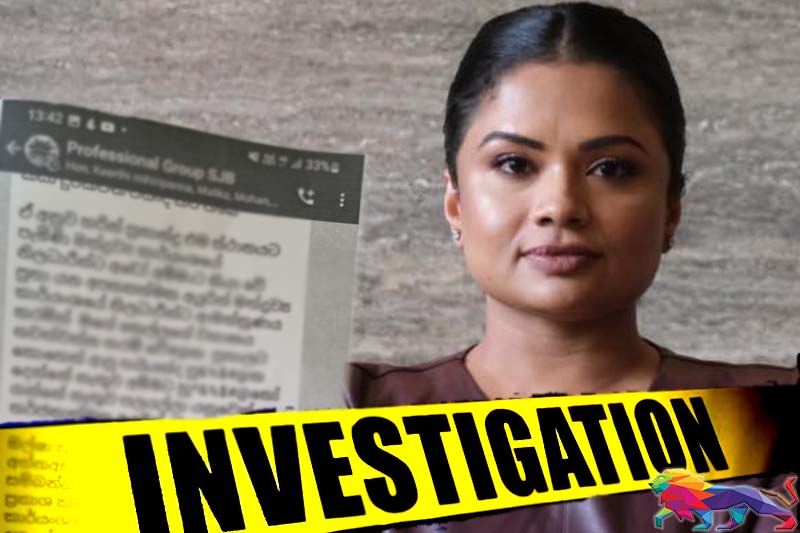 Police have completely rejected reports circulating in social media that the daughter of politician Jeevan Kumaratunga has been caught with two kilos of Kush in Boralesgamuwa.

An investigation is underway into the persons who published this false claim, said the police headquarters.

Social media reports said minister Harin Fernando had intervened on her behalf when Malsha Kumaratunga was nabbed by the Police Narcotics Bureau (PNB) with drugs.

She has told liveat8.lk that she had been sleeping at home at the time the alleged incident had taken place.

Both the PNB and the Boralesgamuwa police have rejected the reports, while minister Fernando said he has handed over a sworn affidavit to the IGP denying the allegation and calling for an immediate investigation.

Fernando accused persons affiliated to the Samagi Jana Balawegaya of planting the falsehood. 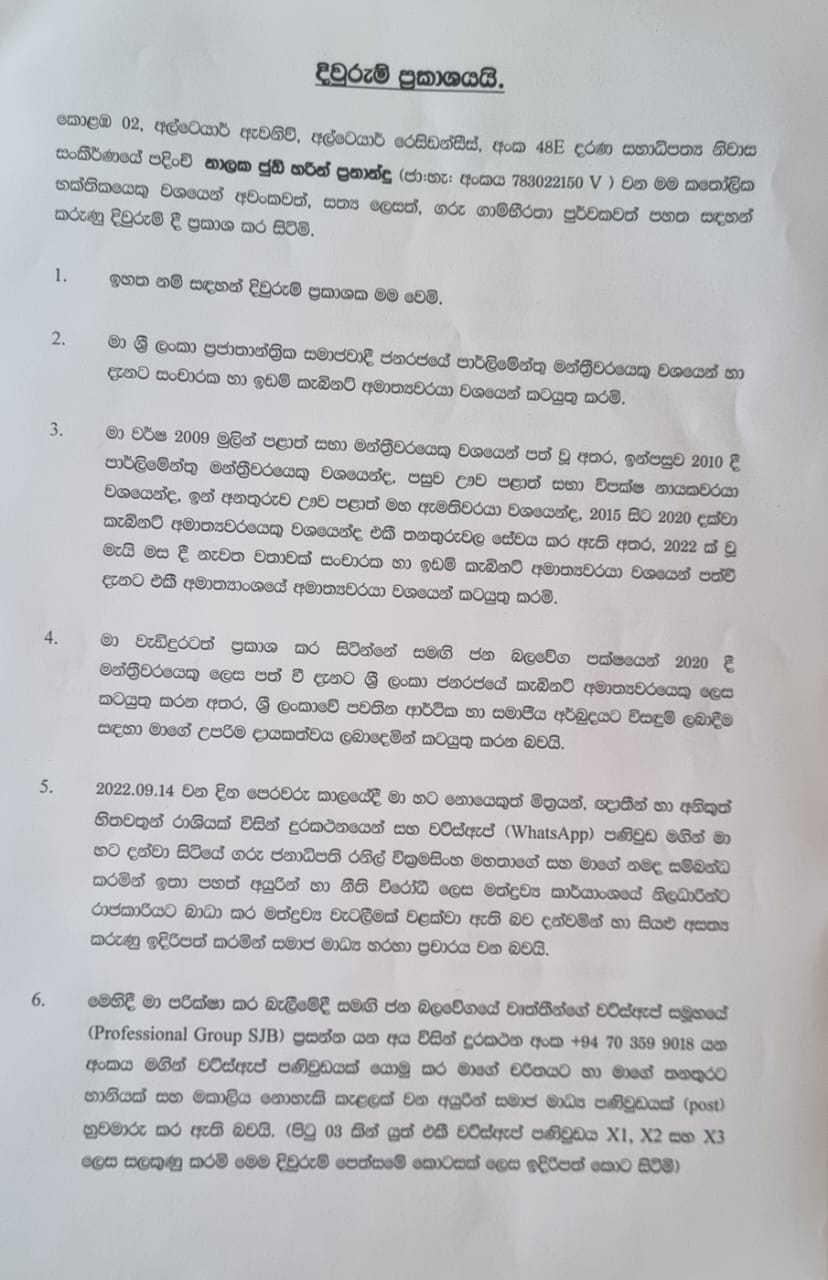 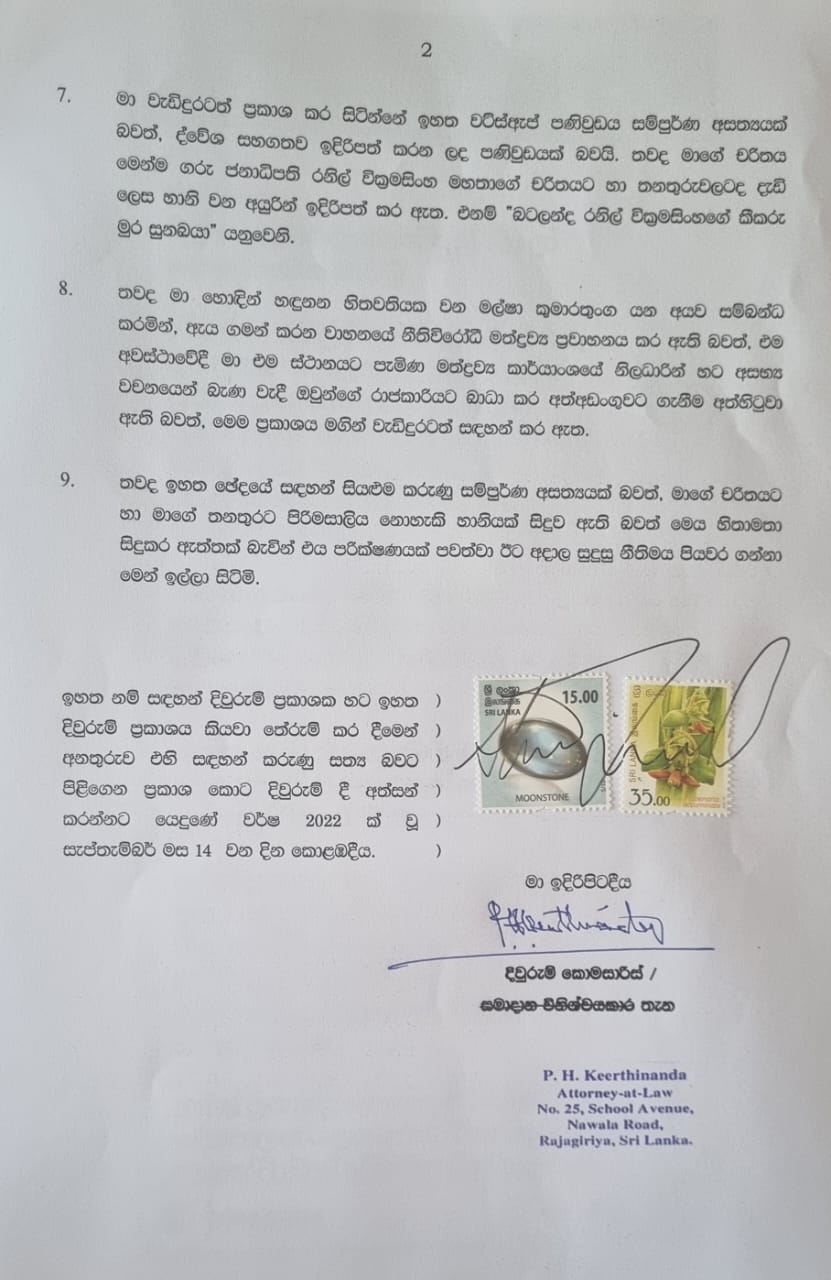 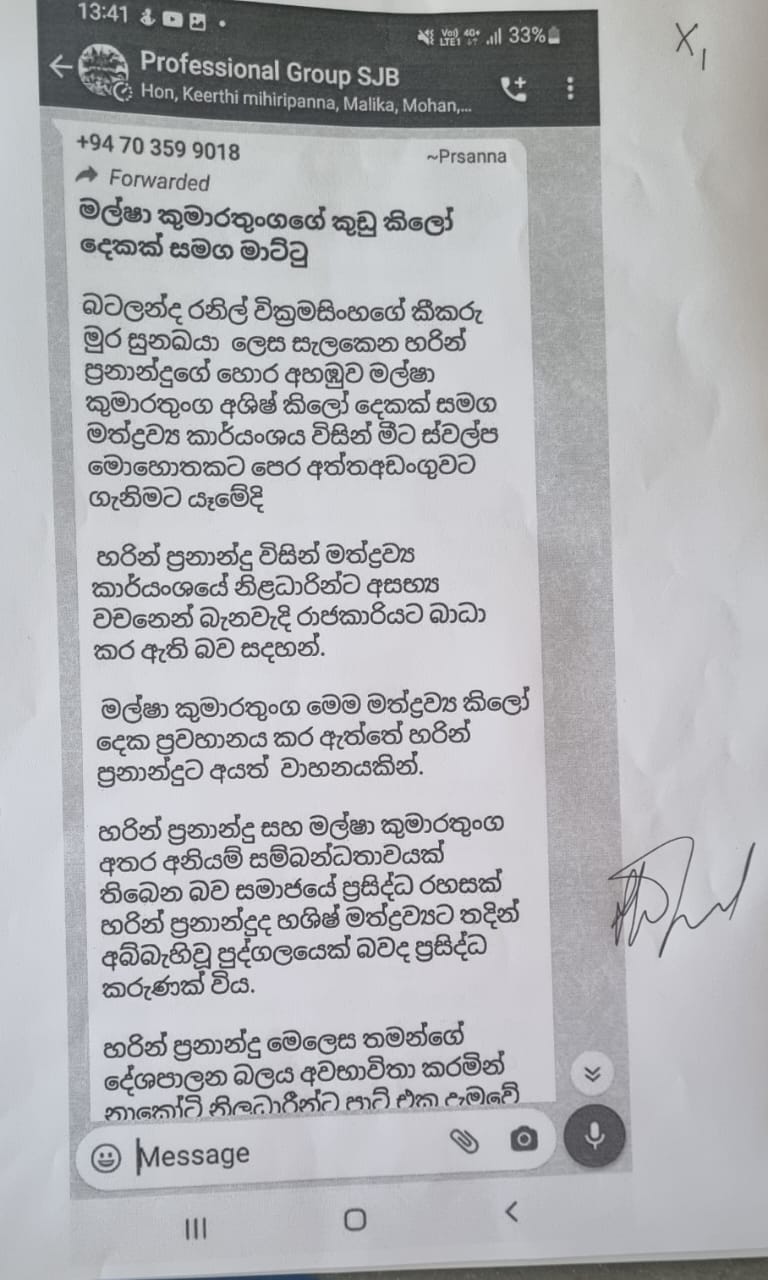 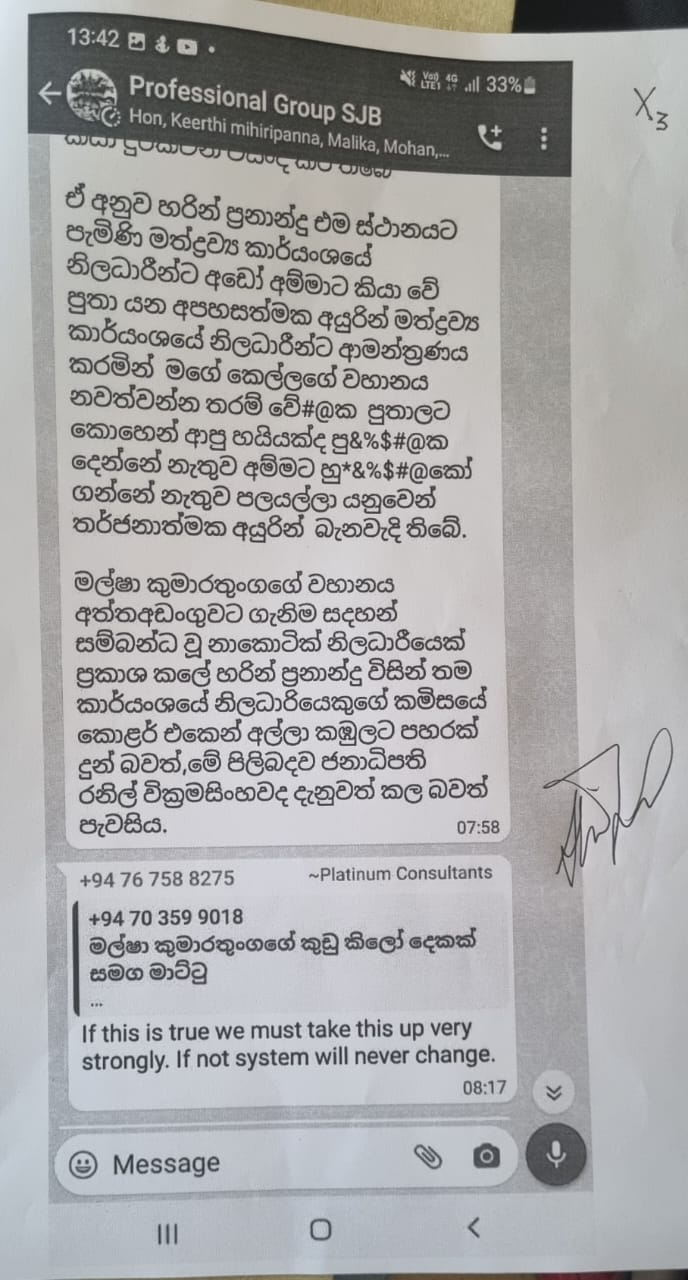