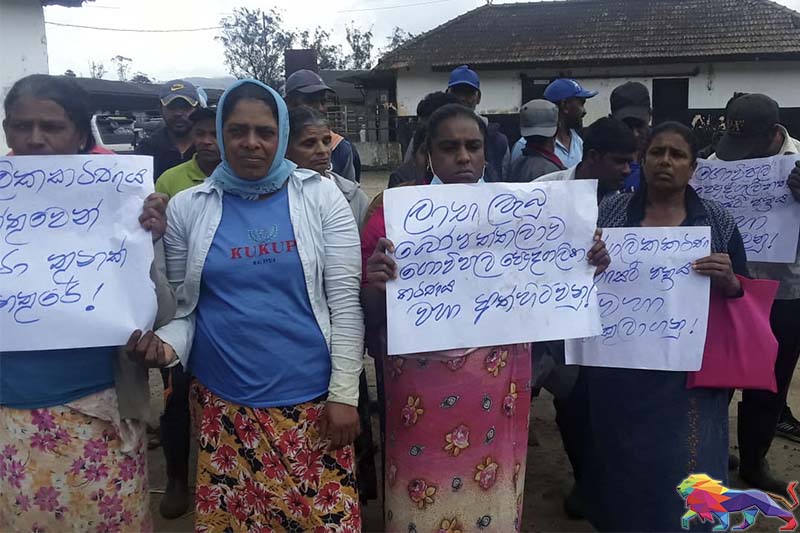 The government is planning to sell a profit-earning animal farm owned by the state in Agarapathana, allege its workers who have staged an agitation in protest.

Privatising the Bopaththalawa farm will cause a grave injustice to the employees numbering nearly 150, who are not demanding a wage hike despite working for a low pay, according to them.

The accusation comes as the government has declared its intentions to privatise loss-incurring entities only.

A protestor said their wage started from Rs. 40 and currently stands at only Rs. 600.

She urged the president and the livestock minister to pay immediate attention to their plight and give them a solution.

According to its workers, the animal farm earned a profit of Rs. 6 million in the first half of this year.

Even its management is unaware of details of its impending privatisation, they said.

In an interview to ‘The Economist’ magazine, president Ranil Wickremesinghe has said that several state-owned enterprises such as the national carrier SriLankan Airlines, Sri Lanka Insurance, the petroleum corporation and the government’s stake in the national telecoms firm may be privatised.

He remarked that he is not worried about the hostility shown by trade unions with regard to the restructuring of state-owned enterprises, explaining that “what matters is people.”